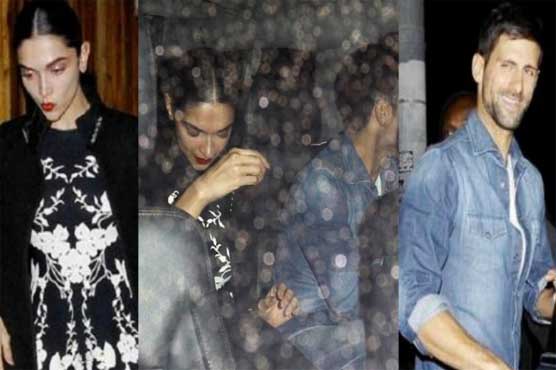 Natasa Bekvalac blamed that Deepika was the reason behind her breakup with Novak.

LONDON (Web Desk) – The love affair of former world number one tennis player Novak Djokovic and Bollywood superstar Deepika Padukone has become the talk of the town after the statement of Djokovic’s alleged ex-girlfriend, Natasa Bekvalac.

According to online reports, Natasa has said that ‘Novak Djokovic would be far happier dating Bollywood film star Deepika Padukone’. Natasa Bekvalac blamed that Deepika was the reason behind her breakup with Novak. Both of them were very close, and did not even eat without each other, she added.

The comment made by Djokovic’s ex-girlfriend may have further worsened the relationship of tennis star with his wife Jelena Djokovic, as their marriage is rumored to be in trouble for at least past 18 months.