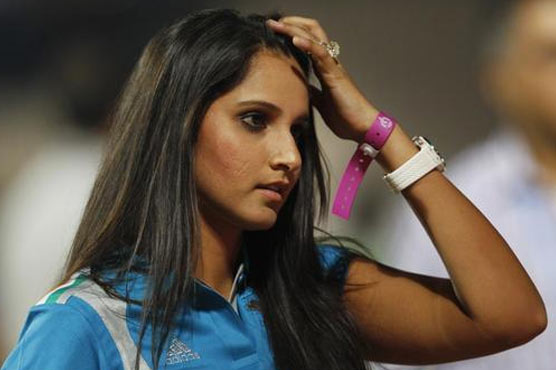 (Web Desk) – Indian Tennis star Sania Mirza was trolled on Twitter for promoting an OPPO smartphone while using her Apple iPhone. She went on with her promotional tweet for OnePlus 3T using iPhone and the fans showed no mercy what so ever.

Renowned names from the film industry, sports, music and technology are often seen promoting branded products by using their social networking accounts. Such Facebook posts, tweets, Instagram and Snapchat stories are an emerging way of paid endorsement to target the celebrity’s fan following on social media.

Sania Mirza was just trying to follow the trend when something unfortunate happened. Her fans noticed that she was herself not using the smartphone product and instead endorsing it out of sheer personal gains.

Fans from Pakistan as well as India were not hesitant to troll the Tennis star on the microblogging website. Sania had claimed to be using OnePlus 3T for a month but a Twitter user was fast to point out that the promotional tweet came from an Apple iPhone.

To sweep her error under the rug, Sania Mirza quickly deleted the tweet but it was already too late as Twitteratis had taken screenshots of her blunder.

Tennis: World number one Kerber crashes out of Rome