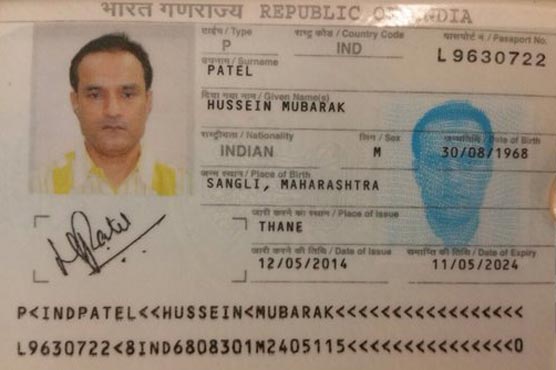 ISLAMABAD: The Research and Analysis Wing (RAW) agent from India, Kul Bhashan Yadav, has revealed that his main task was to destabilize the China- Pakistan Economic Corridor (CPEC) by cultivating anti-state elements among the Baloch nationalists, reports said.

During preliminary investigations, the RAW agent revealed that he had contacted multiple Baloch leaders and insurgents across Balochistan in order to conspire against the state through a separatist propaganda. The Indian Navy Commander also claimed that he had disbursed millions of rupees to insurgents and extremists across the province to elevate the cause against CPEC.

Previously, the Deputy Chairman of Senate Maulana Abdul Ghafoor Haideri had criticized the Balochistan government for not standing up to the outstanding problems that the province faced. He added that provincial government had failed to fulfill the promises it had previously made during the election campaign which was alarming.

“The nationalists had made tall promises to people during the election campaign but have delivered nothing. The people of Gwadar are facing an acute shortage of drinking water.” the deputy Chairman said.

He expressed concerns over the deteriorating conditions of the health and education sectors in Balochistan despite the added budget allocation made by the provincial government.

Moreover, talking on CPEC, Maulana Haideri said that the project had the capability to change the destiny of the people of Balochistan. He added that through CPEC, Pakistan will greatly improve its image in the world. He warned the provinces over the increasing conspiracies being crafted by the neighboring states against the implementation of CPEC in Pakistan.

“India and other neighboring countries are not happy with CPEC and have been hatching conspiracies to create doubts and misunderstandings among the provinces on the project,” he said.

Moreover, Chief of Army Staff General Raheel Sharif had already made it clear that the security forces of Pakistan will make certain that every project under CPEC is implemented successfully at ‘all costs’. A Special Security Division (SSD) was created to monitor and provide security to every project that resided under CPEC. During a recent visit to the headquarters of SSD, General Sharif instructed the task force to ensure the successful implementation of every project under the economic corridor.

The army chief stated that he was aware of every campaign that is working against the success of the CPEC project and ensured that the military will resist any negativity that harms its implementation.

“We are aware of all the campaigns against CPEC,” said the army chief.

Furthermore, the Federal Minister for Planning and Development Ahsan Iqbal had complained that that the ‘aggressive remarks’ generated from the KP and Baluchistan leadership were risking foreign investment. The Multi Party Conference had declared a ‘13 point resolution’ that demanded the restoration of decisions made in last year’s MPC held in May which included the promise of creating the Western route of CPEC before the Eastern.

The Prime Minister constituted a steering committee which includes the PM, CM’s of the four provinces and Federal Minister Ahsan Iqbal who will be the convener of the committee which will have sessions after every three months.

Furthermore, representatives from Baluchistan National Party Mengal (BNP-M), National Party, Jamhoori Watan Party, Jamaat-i-Islami and Pakhtunkhwa Milli Awami Party (PkMAP) have collectively agreed upon the continuation of CPEC and called out for ‘unity’ among the provinces through progressive coordination with the federal government.

Under CPEC, China is said to reduce its route cost by thousands of kilometers for its oil and gas imports from Africa and the Middle East.

The federal government has assured that Prime Minister Nawaz Sharif will raise the issue of Indian intelligence agencies conspiring against Pakistan’s stability with his Indian counterpart, Narendra Modi and the President of United States, Barack Obama, in the coming days.