LNG projects to 'brighten up' Pakistan once again 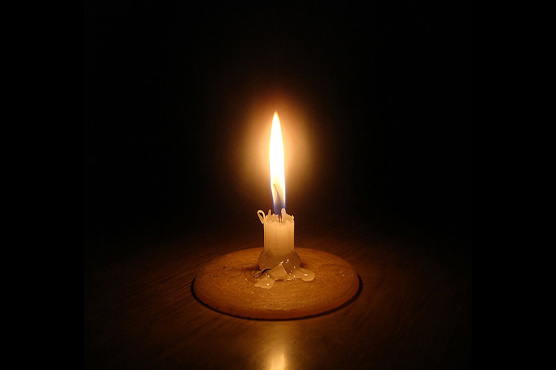 ISLAMABAD: Chairman of the Board of Investment (BOI), Dr. Miftah Ismail has said that two Liquefied Natural Gas (LNG) terminals are being constructed in Pakistan to overcome the energy shortfall. While speaking to Radio Pakistan, Dr. Miftah said that the LNG terminals would provide gas to the energy generation sector which would increase the overall power production.

Talking about the Turkmenistan-Afghanistan-Pakistan-India (TAPI) gas pipeline project, the chairman stated that through projects like TAPI, Pakistan will overcome the energy crisis.
“Pakistan would get more than 750 MMcf gas daily through the project and will increase its share with more investment in the project for the future.” said the chairman BOI.

Moreover, the executive secretary of the United Nations (UN) Economic and Social Commission for Asia and the Pacific (ESCAP), Dr Shamshad Akhtar, praised the initiatives taken by the federal government through projects like the China-Pakistan Economic Corridor (CPEC) to bring economic prosperity in Pakistan.

The UN official stated that projects like CPEC and the Turkmenistan-Afghanistan-Pakistan-India (TAPI) gas pipeline will ensure a better living standard for the people in the region and will bring economical development in Pakistan. She also praised the efforts made by Prime Minister Nawaz Sharif to bring an economical change in the country through his efforts since he took charge of the office in 2013.

Previously, talking on the China-Pakistan Economic Corridor (CPEC), Maulana Haideri said that the project has the capability to change the destiny of the people of Balochistan. He added that through CPEC, Pakistan will greatly improve its image in the world. He warned the provinces over the increasing conspiracies being crafted by the neighboring states against the implementation of CPEC in Pakistan.

“India and other neighboring countries are not happy with CPEC and have been hatching conspiracies to create doubts and misunderstandings among the provinces on the project,” he said.

Moreover, Chief of the Army Staff General Raheel Sharif made it clear that the security forces of Pakistan will make certain that every project under the China-Pakistan Economic Corridor (CPEC) is implemented successfully at all costs. A Special Security Division (SSD) has been created to monitor and provide security to every project that comes under CPEC. During a recent visit to the headquarters of SSD, General Sharif instructed the task force to ensure the successful implementation of every project under the economic corridor.

The army chief stated that he is aware of every campaign that is working against the success of the CPEC project and ensured that the military will resist any negativity that harms its implementation.
“We are aware of all the campaigns against CPEC,” said the army chief.

“The solution to the energy crisis lies in gas addition,” said the minister.
Furthermore, All Pakistan Compressed Natural Gas Association (APCNGA) has welcomed the deal between Pakistan and Qatar for the import of Liquefied Natural Gas (LNG) and has assured that with the import of LNG in Pakistan, the Rs450 billion CNG sector will revive again.

APCNGA Chairman Ghiyas Paracha praised the efforts made by the federal government to tackle the energy crisis in Pakistan through the import of LNG and expressed confidence that through the Pakistan-Qatar LNG deal, hundreds of CNG stations across the country will reopen that had been closed due to the shortage of gas for several years.

The Chairman said that CNG is an environment-friendly fuel and remains thirty percent cheaper than petrol. He added that the APCNGA will put efforts in bringing the current CNG price down from Rs 52 per litre to Rs 47 per litre. He said that consumers will benefit from the availability of CNG and its lower prices.