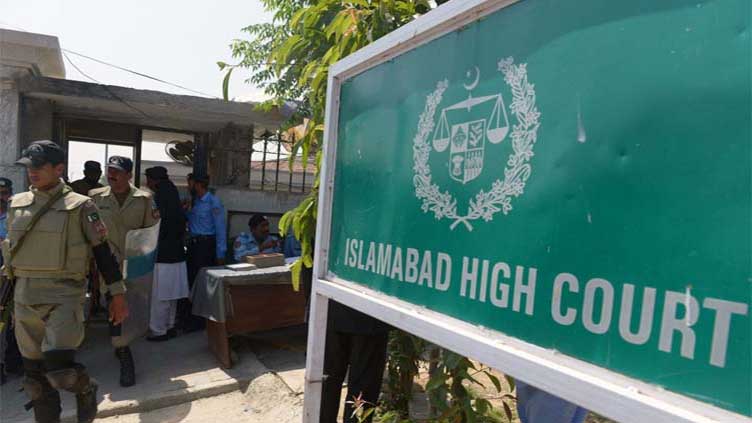 IHC resumed hearing on the case in connection with the party allegedly receiving prohibited funding against Imran Khan and other PTI leaders including Tariq Shafi and Faisal Maqbool on Thursday.

During the hearing, the court remarked that the said case will be heard in the banking court and further directed that Tariq Shafi and Faisal Maqbool should join the investigation within five days.

“The accused should be investigated and referred to the banking court,” said IHC.

FIA’s Corporate Banking Circle had lodged a case against 11 people including the former prime minister over prohibited funding.

The Islamabad High Court (IHC) had granted protective bail to Imran Khan till October 18 against surety bonds of Rs5,000.

According to the First Information Report (FIR) lodged against PTI Chairman, the accused nominated in the FIR has violated the Foreign Exchange Act. Sardar Azhar Tariq, Saifullah Niazi, Syed Younas, Amir Kiyani, Tariq Sheikh, and Tariq Shafi have been nominated in the FIR.

The FIR stated that the accused are beneficiaries of the private bank account, while the PTI had an account at the local bank and the private bank manager has also been nominated in the case.

According to the text of the FIR, a bank account was created in the name of Naya Pakistan, the bank manager allowed to operate the illegal bank account and the $2.1 million were deposited by the Abraaj Group of Companies in the bank.