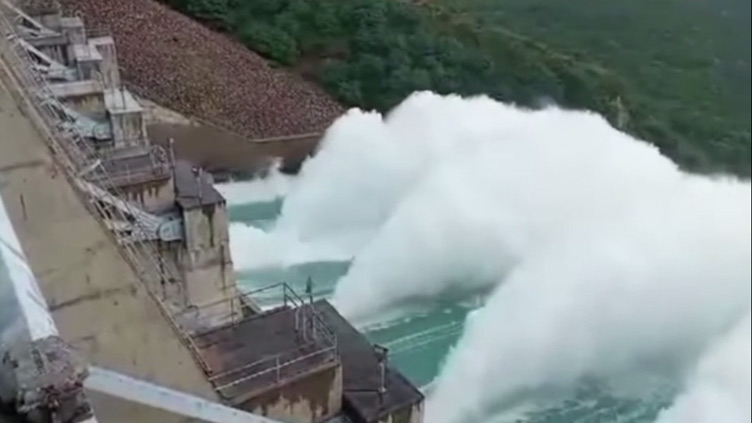 Administration has closed all roads leading to the dam

Authorities are on high alert as they fear that increase in water pressure could damage or even break doors of the lake.

On the other hand, authorities have also opened spillways of Khanpur Dam as water level increases to an alarming level in the dam. Administration has closed all roads leading to the dam and has directed locals to seek refuge at safer positions.

Meanwhile, floods have claimed 57 more lives, raising the death toll to 1265 with over 33 million affected by the devastation.

Earlier, Prime Minister Shehbaz Sharif said that no compromise would be made on transparency and the flood affectees will never be left alone at any cost.

The prime minister said that flood-stricken people that government would not leave them alone until all of the families were rehabilitated.

PM Shehbaz Sharif had announced Rs 100 million for the rehabilitation of Bobar village in Gilgit’s Ghizar district badly affected by the flash floods.