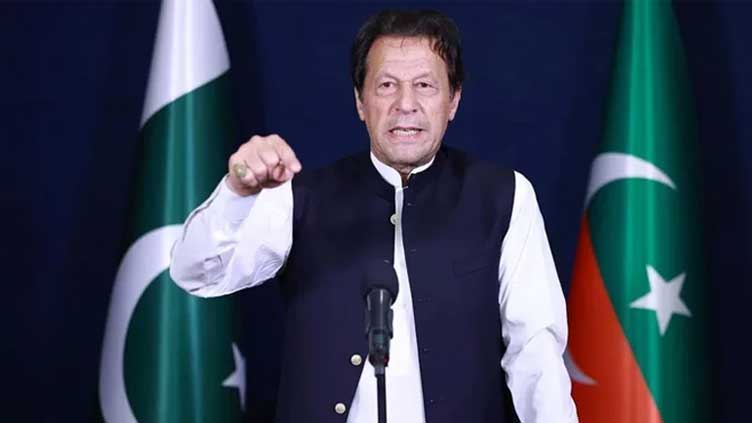 LAHORE (Dunya News) – Former Prime Minister Imran Khan and Pakistan Tehreek-e-Insaf (PTI) supremo Imran Khan on Monday while reacting to PTI leader Shahbaz Gill’s arrest alleged that Gill is being brutally tortured and forced to give a statement against him.

While giving an interview to a private TV channel, the former PM said that the statement given by Shahbaz Gul was wrong, adding that he wanted to see the army as a strong institution. “Shahbaz Gill is being tortured and forced to give a statement against me, and he is also being asked how many times Lieutenant General Faiz Hameed has met Imran Khan,” he added.

“Nawaz Sharif, Fazlur Rehman, Maryam Nawaz, Ayaz Sadiq, Khawaja Asif have given more harsh statements, but nothing has been done against them,” Imran said.

The PTI chairman said a media cell in the Prime Minister’s House is working to create a divide between PTI and Army, adding that Whatever he has to say, he will say it myself, he doesn’t need to say anything to Shahbaz Gill.

While commenting on PTI’s relation with COAS Qamar Javed Bajwa said that situation did not deteriorate with COAS, adding that his strength was that they were on the same page. “ I don’t talk to Army Chief General Qamar Javed Bajwa, I used to talk to him when I was the Prime Minister. I think the opposition has no business talking to the Army Chief. Extension of army chief is not my issue, this decision will be taken by the government,” he added.

In response to the question regarding the election boycott, he said that I have many options, I have not considered it yet, and another long march may happen.