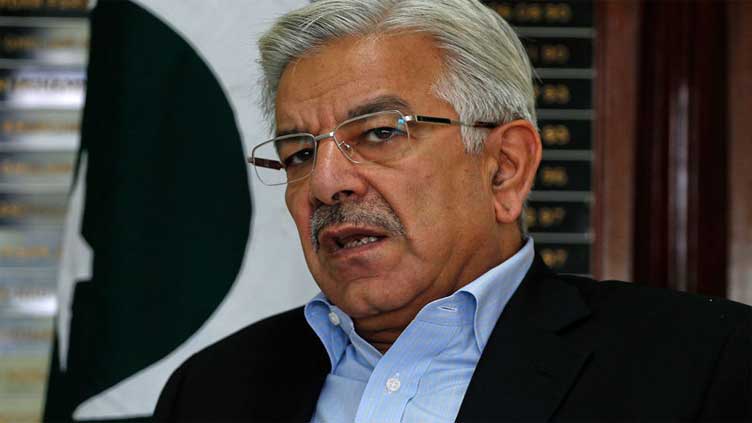 ISLAMABAD (Dunya News) – Federal Minister for Defence Khawaja Asif on Thursday said that he is looking into the matter of the alleged presence of Taliban in Swat, and he is also in contact with the Afghan government.

Defense Minister Khawaja Asif while talking to the media after the soft launch ceremony of the Defense Exhibition Ideas 2022 said that respect for institutions is important, adding Shahbaz Gul has violated the law and the government will deal with him under law.

Khawaja added that he is looking into the issue of the reports of the alleged presence of the Taliban in Swat, and is in contact with the Afghan government in this regard.

During Ideas 2022, Pakistan-made tanks, missiles, rocket launchers, latest guns, and all types of weapons are exhibited in Idea 2022 for eleven years.

Senior officials of the three armed forces, foreign ambassadors in Islamabad and their military attachés also participated in the soft launch today.