Chaos will increase, if transparent elections not held: Imran Khan 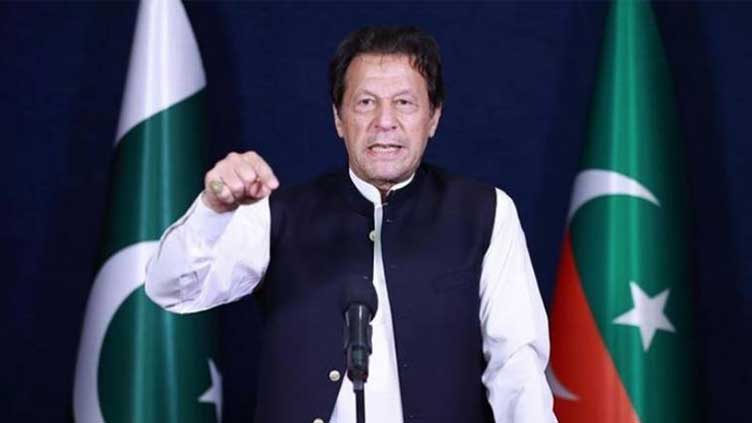 Chaos will increase, if transparent elections not held: Imran Khan

ISLAMABAD (Dunya News) – Former prime minister and Pakistan Tehreek-e-Insaf (PTI) chairman Imran Khan said on Wednesday that the transparent election is the only way to steer the country out of crisis and if transparent elections are not held, the crisis and chaos will increase further, the situation is getting worse and we can only get out of this situation as a nation.

Addressing the masses on Wednesday, he said that the people of the country are going towards becoming a nation. “I am seeing them becoming a nation for the first time.” He congratulated the nation and said that every strategy used to defeat us has badly failed.

Imran Khan said that the people who were involved in corruption for 30 years were imposed on us through regime change, adding that the nation was insulted but the people were considered sheep and goats.

The former prime minister said that after the removal of his government, a program was made to suppress his party, that s why he called for a peaceful protest on May 25 against foreign conspiracy and imported group but he has not forgotten the brutality unleashed against women and children.

The PTI chairman went on to say that every effort was made to defeat them in the by-elections in cahoot the Election Commission of Pakistan (ECP) but the way this resilient nation fought the election is admirable.

Imran Khan said that transparent election is the only way to get the country out of the crisis and if transparent elections are not held, then the crisis and chaos will increase. “An election commission should be formed in which everyone would have confidence, adding that Pakistan s largest party PTI has no faith in the ECP and the current Chief Election Commissioner because when we tried to bring EVMs, the Chief Election Commissioner opposed it.

According to a report of the commission headed by Justice Nasirul Mulk, rigging happened when the polling is over, adding that the results are obtained by pressing the button as soon as the polling is over through the EVM, the CEC conspired and did not allow the EVM to be brought.

He further said that the all our economic indicators were on the right track, the economic survey report released by the current government proved, adding that according to the report, Pakistan s economy was growing at 6% and this kind of development was taking place in the economy of Pakistan, after 17 years, whereas, during the Musharraf era, dollars were coming, so there was development.

Khan further said agriculture was growing at 4.4% during his government, while IT exports increased by 75 percent in two years due to the support of the technology sector. The government s full focus was on technology and IT sector and we were taking Pakistan towards welfare state for the first time.