We must work to form govt according to aspirations of people: President 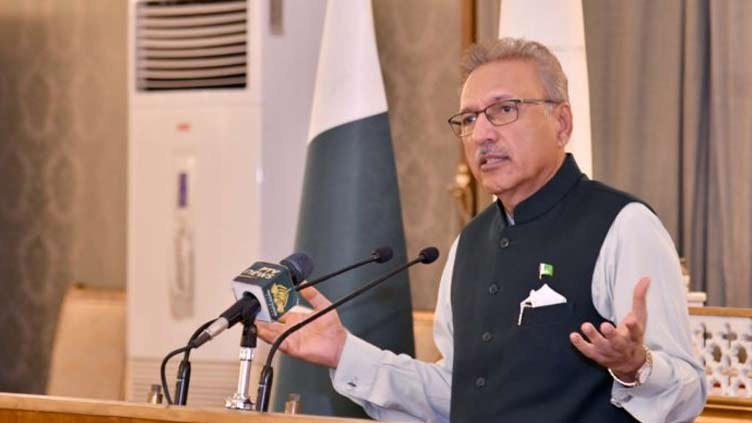 We must work to form govt according to aspirations of people: President

We must work to form govt according to aspirations of people, says President

ISLAMABAD (Dunya News) – President Arif Alvi has said that democratic forces, media and the establishment must work to form a government that is in line with the aspirations of the people.

In a tweet on social media platform Twitter, he said Pakistan was going through a test and everybody including democratic forces, media and establishment would have to work for formation of a government which was reflective of the aspirations of the people.

The president said democracy would not be allowed to be hijacked at the hands of vested interests. May Allah guide us. Ameen.

On Friday, while addressing a ceremony, he Dr Alvi said that all state institutions and media should endeavour to create enabling environment for setting up a government which was truly representative of the people of Pakistan and reflected their aspirations and hopes to ensure political and economic stability needed for the promotion of business, trade and investment in the country.

He said that Pakistan could rise within a decade if it strengthens its democracy, establishes a government that is truly representative of its people’s aspirations, and its leadership makes the right decisions, curbs corruption, upholds justice and promotes human rights.

The President said that consultative institutions, trade and investment, and passion were the key ingredients for any nation to become prosperous. He stated that in addition to making the right decisions, and implementing dynamic policies, Pakistan needed to curb corrupt practices if it was to become a peaceful, prosperous, progressive and respectable country in the comity of nations. He said that Pakistan needed to maintain cordial relations with all its international partners and avoid becoming parties to divisive politics in international relations.

The President also highlighted that polarization in Indian society was increasing and the situation of Indian minorities, especially Muslims, was particularly debilitating. He said that in India religious minorities were facing intimidation, harassment and discrimination at the hands of the Hindu majority population. He emphasised that when the business interests of India were hurt, India was forced to take action against those who hurt the religious sentiments of Muslims. He further stated that high moral and ethical standards should be the basis of global order, instead of vested interests.