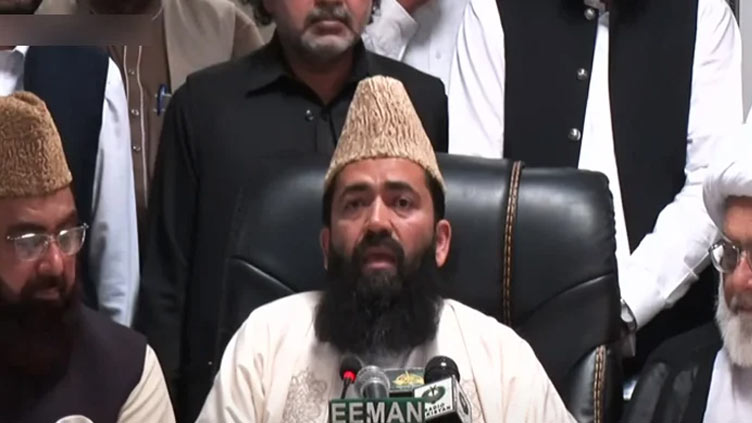 KARACHI (Dunya News) – Central Ruet-e-Hilal Committee on Wednesday said that the Zilhaj moon could not be sighted and Eidul Azha will fall on Sunday (July 10).

The final announcement in this regard was made by Central Ruet-e-Hilal Committee Chairman Maulana Abdul Khabir Azad at a press conference held after the meeting.

The first day of Zilhaj would fall on July 1 (Friday), he said.

Eidul Azha to be celebrated in Saudi Arabia on July 9

The Zilhaj moon has been sighted in Saudi Arabia and Eidul Azha will be celebrated on July 9.

The day of Eid-ul-Adha falls on the tenth day in the final (twelfth) month of the Islamic Lunar Calendar; Dhu-al-Hijjah. The day that celebrations fall on is dependent on a legitimate sighting of the moon, following the completion of the annual Holy Pilgrimage of Hajj - which is an obligation for all Muslim’s who fit specific criteria, one of the important Five Pillars of Islam.

The celebration of Eid-ul-Adha is to commemorate Prophet Ibrahim’s devotion to Allah SWT and his readiness to sacrifice his son, Ismail. At the very point of sacrifice, Allah SWT replaced Ismail with a ram, which was to be slaughtered in place of his son. This command from Allah SWT was a test of Prophet Ibrahim’s willingness and commitment to obey his Lord’s command, without question. Therefore, Eid-ul-Adha means the festival of sacrifice.