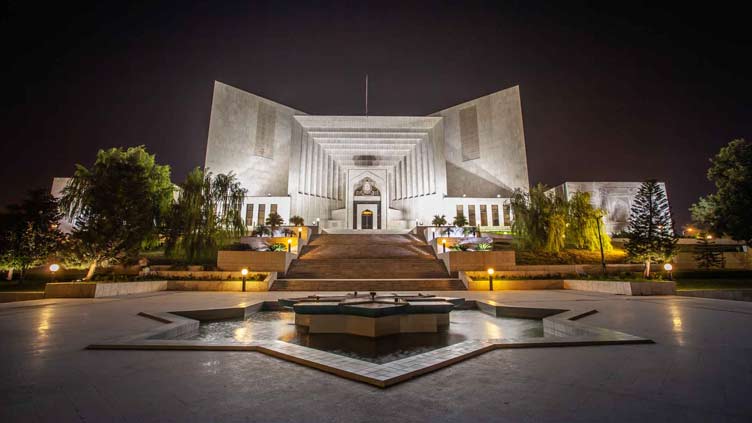 ISLAMABAD (Dunya News) – The Supreme Court of Pakistan, while announcing opinion in the presidential reference seeking interpretation of Article 63(A), said that the vote of dissident party members will not be counted.

While giving its oponion, the top court remarked that the article concerned cannot be interpreted alone. The opinion was given by the Supreme Court in a 3-2 ratio. Justice Mando Khel and Justice Mazhar Alam of the five-member bench disagreed.

It may be recalled that Justice Ijaz-ul-Ahsan, Justice Mazhar Alam Mian Khel, Justice Muneeb Akhtar and Justice Jamal Mandokhel were part of the larger bench. Chief Justice of Pakistan Omar Ata Bandial has said that a detailed decision will be issued later.

Former PTI-led government had approached the SC for clarity on Article 63(A) as several PTI lawmakers were likely to vote on the no-trust motion against then prime minister Imran Khan, in a violation of the party policy.

In the reference, the government sought the apex court’s opinion on interpretations of Article 63(A) and which one should be adopted and implemented.

1. Whether defected members cannot be prevented from vote under Article 63(A) for violating party policy?

2. Will the vote of defected members can be counted or not?

3. Whether those who go against the party policy will be disqualified for life-time or not?

4. What is the period of disqualification under Article 63(A)?