Imam Hussain AS laid down life to show difference between truth, falsehood: PM 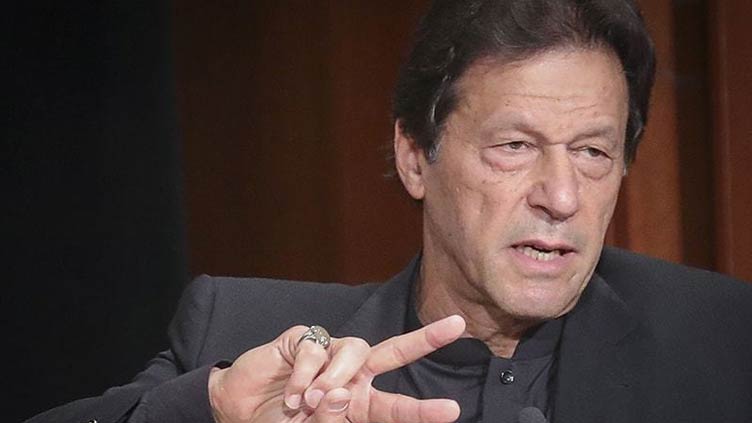 Imam Hussain AS laid down life to show difference between truth, falsehood: PM

Imam Hussain AS laid down life to show difference between truth, falsehood

ISLAMABAD (Dunya News) – Prime Minister Imran Khan Saturday said in Karbala Imam Hussain (AS), his family and followers laid down their lives to show people the difference between truth and falsehood.

In a tweet on social media platform Twitter, he said, “In Karbala, facing an enemy that far outnumbered them, Imam Hussain AS, his family and followers laid down their lives to show people the difference between Haq (right/truth) and Baatil (falsehood). Today, we are fighting for truth, patriotism against falsehood and treason.”

Earlier, Prime Minister Imran Khan said legislators of Pakistan Tehreek I Insaf (PTI) would go to the National Assembly on Sunday during the proceedings of the no confidence motion against him to give a surprise to the opposition parties.

Talking to legislators of his party at a dinner hosted by him, he said support for him started to increase after Pakistanis came to know about the conspiracy being hatched by the opposition leaders in collusion with the United States.

He said Americans wanted to bring the opposition in power and they wanted to enslave the Pakistani nation with the use of money. He said he was confident about the outcome of the no confidence motion against him and he could not imagine he could lose power. It was unfortunate that some politicians sold their conscience and people now knew about their faces circulating on the social media, he remarked.

Imran Khan paid tribute to those who stood loyal to him despite the offers of money, adding he never was an anti America person and wanted good relations with all countries. He said opposition always wanted that he should give NRO to its leaders and after every few months tried to create instability in the country to save their wealth.

Speaking on the occasion, Foreign Minister Shah Mahmood Qureshi said people were with Prime Minister Imran Khan, adding those legislators which were still with the prime minister were the assets of the party and would again make him the prime minister.

He said these legislators were the guardians of the ideology of Naya Pakistan and would defeat those forces which were thinking that they had power and resources to achieve their goals.