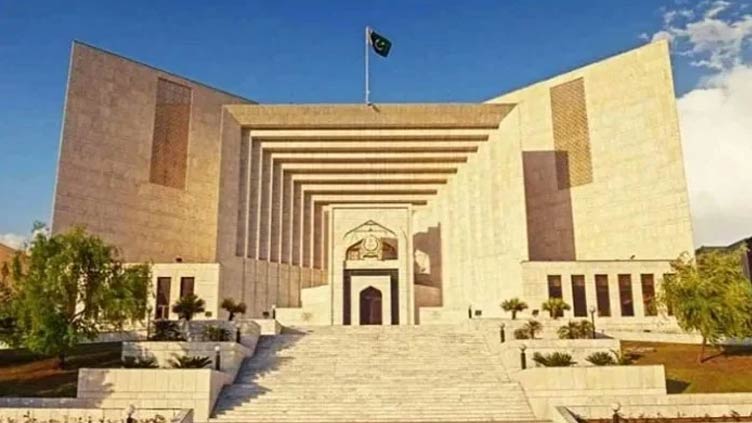 ISLAMABAD (Dunya News) – Supreme Court (SC) of Pakistan on Monday conducted a hearing to elaborate the Article-63(A) filed by the Presidential reference and a petition of the Supreme Court Bar Association (SCBA) on political rallies in Islamabad.

According to details, the Attorney General appealed before the court that those elected personnel who vote against their party’s policy should be banned for life as the person who does not follow the party policy has to face the consequences.

On the appeal of the Attorney General, the Chief Justice of Pakistan (CJP) Umar Ata Bandial said that it is stated in the Article-63(A) that the minister will be de-seated and further asked that the attorney general is trying to figure out that for how long will the minister be declared incompetent.

Other than this, CJP Umar Ata Bandial asked the political leaders to refrain from dragging the judges into politics.

At the outset of today’s hearing, CJP Umar Ata Bandial said that they cannot stop political parties from issuing political statements but they should not try to influence the court through their statements.

At this, Justice Jamal Khan Mandokhail asked that should the prime minister have not avoided issuing irresponsible statements.

Other than this, Justice Mazhar Alam stated that Primr Minister (PM) Imran Khan during his Kamalia speech has said that the Judges are being wooed against the Government.

Justice Jamal Khan remarked that does the PM has no confidence in the Judiciary.