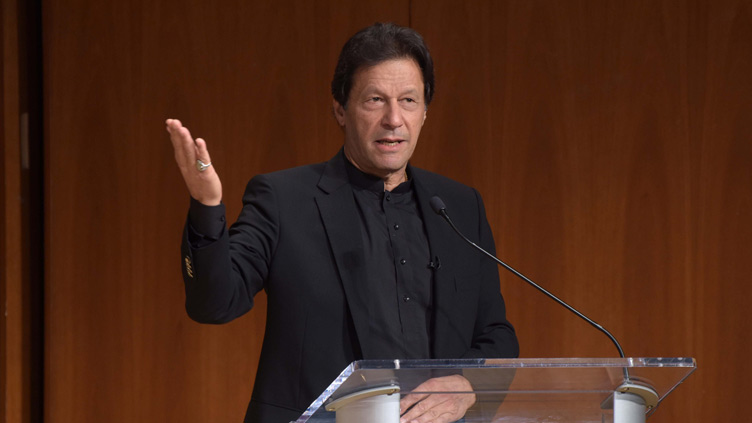 The technology zone has been constructed under Lahore Knowledge Park Company.

The technology zone has been constructed under Lahore Knowledge Park Company, where huge investment is being made to enhance export potential in technology.

While addressing the ceremony, Prime Minister Imran Khan said that if incentivized and facilitated, the technology industry could help overcome the current account deficit of the country by boosting exports as well as addressing the issue of unemployment.

The prime minister said the project would help provide incentives to the tech industry and bring ease for the businessmen, in accordance with the government’s vision.

The prime minister said the IT sector would also address the issue of unemployment to the youth particularly the women besides boosting the country’s exports.

The prime minister lauded Punjab Chief Minister Sardar Usman Buzdar and other relevant ministers for allocating 800 acres of land for the purpose, which he said was the “future of the world”.

Exemplifying Amazon, Google and other tech giants, the prime minister said during COVID-19, all other businesses had faced a slump but the profits of the tech companies multiplied during the pandemic.

However, he said unfortunately, Pakistan lagged behind in the sector despite having ideal conditions including a huge young population.

He said within 15-20 years, Indian tech exports boomed to $150 billion while Pakistan could reach only $2 billion.

The prime minister said as the country started achieving economic growth, the current account got disturbed owing to the import of the machinery which ultimately devalued the local currency and made the country approach IMF for loans. The country cannot only come out of this cycle only unless it boosts its exports and allows wealth creation.

Citing the Chinese model of development, the prime minister said the country achieved remarkable progress and steered 700 million people out of poverty by eliminating corruption by jailing over 450 ministerial-level people and enhancing exports.

The prime minister called for redirecting the orientation of the government as well as the population towards enhancing exports and wealth creation.

He said taking advantage of its 12 climatic zones, the country could reduce its import bill of commodities like edible oil through indigenous production of palm oil.

Calling them the biggest asset, the prime minister also emphasized the involvement of the overseas Pakistanis towards investment and wealth creation in Pakistan. He said China and India had also first attracted their own firms operating abroad to invest at home.

He said the Pakistani individuals as well as the firms operating abroad including the Silicon Valley were interested to invest in Pakistan which necessitated incentives and ease of doing business.

Prime Minister Imran Khan said the objective behind establishing the Technopolis projects in Lahore, Karachi and KP was to make Pakistan join the tech race and provide employment to the people.

Earlier, the prime minister also distributed licenses among the companies which would be operating in the Technopolis.

The event also marked the signing of a Memorandum of Understanding for an investment of $300 million for the establishment of another three technology zones in different parts of the country.

Punjab Chief Minister Sardar Usman Buzdar said Lahore had been selected the Technopolis considering the existence of universities and other tech institutes as well as companies in the city.

He said the project would help carry out technology-based researches and studies.