World should hold transformed Taliban to their assurances: Munir Akram 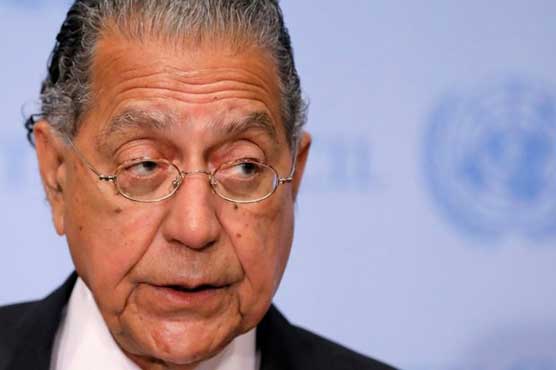 World should hold transformed Taliban to their assurances: Munir Akram

NEW YORK (APP) – Pakistan s Ambassador to the United Nations, Munir Akram, has welcomed the fact that the Taliban are giving assurances to form an inclusive government in Afghanistan and to uphold human rights of its citizens, saying the international community should hold them to that commitment.

Responding to questions during an interview on a major American television network, he said the Taliban leadership was giving those assurances because they knew that the international community was watching.

"They want recognition and acceptance by the international community, and we should use that leverage in order to ensure good behaviour on their part," Ambassador Akram said in an interview with FOX news, a conservative tv channel, on Tuesday.

While the channel s anchor, Bret Baier, kept voicing skepticism over the Taliban pledges and reminding about their past history, the Pakistani envoy said, "We need to look ahead and see how we can influence and evolve the situation in a direction which serves the interests of Afghanistan, of the region, and of the international community. " In this regard, he said, among the priority actions were the evacuation of those who want to leave Afghanistan, noting that the United States was evacuating its own people and others.

Pakistan, he said, was also helping in the evacuation -- taking diplomats, international agencies  representatives as well as journalists, and anybody who wishes to leave through Pakistan.

"We also need to encourage an inclusive government in Kabul and there too, the United States, Pakistan and other countries are working in Doha, as well as in Islamabad." A delegation of a number of non-Pashtun ethnic representatives has been meeting with the Pakistani Foreign Minister (Shah Mahmood Qureshi) and with the country s leadership "in order to get an engagement with them and the Taliban in order to evolve, a representative government," the Pakistani envoy said.

About the threat of Al-Qaeda following the return of Taliban to Afghanistan, Ambassador Akram said the terrorist group has basically been decimated through the cooperation between the United States and Pakistan. "We captured and killed over 600, al Qaeda operatives in Afghanistan and in the border regions of Pakistan," he said adding, "the group was now a shadow of itself and was not operational." The real threat, he said, now comes from Daesh, an organization that the Taliban have been fighting. "There are other terrorists who are more dangerous -- the TTP (Tehreek-e-Taliban Pakistan), which attacks Pakistan, and has 6,000 fighters on the Afghan soil-- that is what we are worried about." "So we are worried about Daeesh, we are worried about the TTP, al Qaeda is a shadow, and, of course, we should control it, but the threat is much more multifarious than just that." Ambassador Akram said he was looking forward to peace in Afghanistan because this would be good for Pakistan too.

He said there was convergence among the role of Pakistan and the United States in fighting terrorism in the region, and to ensure that there was no terrorism from Afghanistan because that threatened both the countries.

"So," the Pakistani envoy said, "We have a common cause, and we need to build an international coalition in order to ensure that that there is no terrorism which emanates from Afghanistan."