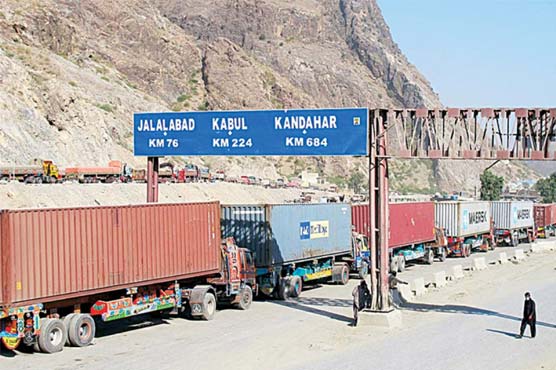 ISLAMABAD (APP) - As Taliban blitzkreg towards Kabul headed towards its logical conclusion, the border crossings of Afghanistan with neighbouring countries also fell into their control, and local commanders took over the administrative affairs.

The change of hands at the borders came as reports came of Ashraf Ghani’s exit from Kabul via a chartered flight. Abdullah Abdullah, the head of the High Council for National Reconciliation, in a video on his Facebook page made the announcement. An Interior Ministry official said Ghani had left for Tajikistan.

The US embassy staff were also scambling to get evacuated as the Kabul International airport came under fire from unknown assailants and chaotic scenes were witnessed.

The Taliban officials took over the control of the Torkham border – the largest crossing with Pakistan, Sunday morning, after the fall of Jalalabad. Pakistan, which had replaced the paramilitary forces along the border with the regular army troops immediately closed the crossing.

According to Afghan journalist Ahmad Mukhtar Governor Nangarhar handed over control to the Taliban on the assurance that no government property would be damaged. He also posted a video showing the Taliban leaders having a breakfast at the Nangarhar Governor House in Jalalabad.

According to Tahir Khan, a journalist, with long experience of covering the situation in Afghanistan the Taliban were now managing the border affairs. In a tweet he said Nida Mohamad assumed office as Taliban governor after Zia ul Haq Amarkhil handed the Taliban the Governor House.

Videos on Twitter showed the armed Taliban arriving in 4×4 pickups with white Islamic Emirates of Afghanistan flags on the Afghan side. The tricolour Afghan flags was replaced with the IEA flag. Torkham is the largest crossing with Afghanistan, after Chamman, which witnesses heavy cargo traffic and people.

However following a peaceful takeover on the other side of the border, and keeping in view thousands of stranded people, and cargo trucks on either side of the border the authorities negotiated a mutually agreed opening schedule. According to sources it was agreed to let the trucks laden with fruits and vegetables cross the border.

According to Sumaira Khan, a Pakistani journalist who witnessed the opening of the Torkham crossing the situation on the ground seemed calm and after brief talks between the authorities the trucks from Afghanistan were allowed to move into Pakistan after the regular Custom clearance and immigration procedures.