'We can be partner in peace, but not partner in conflict': PM Imran gives clear message to US 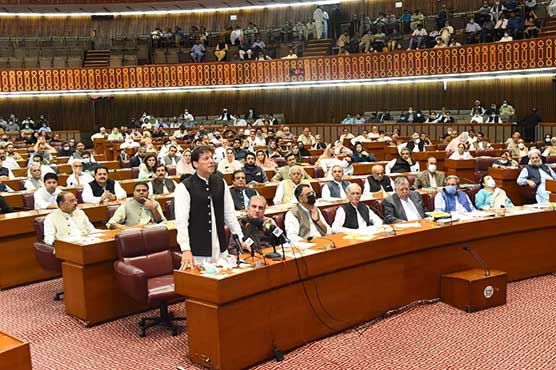 Speaking in the National Assembly a day after the government smoothly passed budget for the fiscal year 2021-22, the prime minister said that despite sacrificing lives of over 70,000 Pakistanis in the war against terror, Pakistan was declared most dangerous country in the world.

PM Khan said previous governments condemned drone attacks even after allowing the US to carry out drone strikes inside Pakistan. “We have a terrorist sitting in London for the past 30 years, will England allow us to carry out a drone attack?” he remarked. Imran Khan further said that Pakistan will never compromise on national security.

Reminding the public about the decisions taken for national security in the past, he said that Pakistan took part in the US war when he was in the opposition and he was humiliated at that time. “I had just one seat at that time but always raised question on Pakistan’s role in the Afghan war,” he said, adding Pakistan made a mistake by joining the Afghan war.

Imran Khan said: “Pakistan helped America but on the contrary we were declared the most dangerous country in the world, adding that Pakistan did whatever the US asked.”

The prime minister also said that we don’t want any strategic depth in Afghanistan. “We will not become any party, we will only side with those whom the people of Afghanistan will elect,” Imran Khan said.

PM Imran Khan invited all opposition parties to hold talks on electoral reforms and said that we have to take this step today to prevent further allegations of fraud.

"I urge the opposition that elections are a problem for Pakistan and the government is ready to listen if the opposition has proposals for electoral reforms," he said. He said that the recently held by-elections and Senate elections had also been made controversial.

He said the opposition has so far not responded to the reforms proposed by the government and also stressed that the use of electoral voting machine is important to check the irregularities that take place at the close of voting process. He, however, said that if the Opposition has some other suggestions on electoral reforms, we are ready to listen to them.

Regarding country’s economic situation, the PM said that the country was at the verge of bankruptcy when his party came into power, adding that the biggest problem before them was the current account deficit while they were facing difficulties due to debts.

Imran Khan went on to say that his team was new and they did not have much experience but they made difficult decisions to improve the economy. He said the people had to suffer a lot because of the IMF agreement, however, our economic team faced these difficulties with great diligence.

He further said that friendly countries including China, the United Arab Emirates and Saudi Arabia supported us in our difficulties and saved us from default.

Reaffirming the government’s commitment to take the economy towards export led growth, PM Khan said initiatives are being taken in different sectors including agriculture, livestock and small and medium enterprises.

He said Rs 60 billion have been allocated in the federal budget for the uplift of agriculture sector, while tax exemptions worth Rs 100 billion are also being given to enhance the productivity of this sector and ensure food security.

“The Punjab government has launched Kissan Card Scheme under which the farmers will be registered to extend them facilitation,” he said and added the small farmers will be given direct subsidy on inputs such as fertilizers and pesticides. “Kissan Markets will also be established so that the farmers get due price of their produce,” he added.

The premier thanked Allah Almighty for saving Pakistan from coronavirus pandemic. He said our situation is better than India, Iran, Afghanistan, Indonesia and Bangladesh, adding that we decided against imposing a complete lockdown because doing so would have pushed the poor back. “In countries like the United States, the lockdown increased poverty,” he said and added there was a locusts attack during the pandemic, but almighty God against saved us.

Regarding government’s initiatives taken during the epidemic, he said, "We first opened the construction and agriculture sectors and the State bank of Pakistan (SBP) helped the industry.

While speaking in the House, Bilawal Bhutto alleged that the Pakistan Tehreek-e-Insaf (PTI) government had rigged the yesterday’s votes to get federal budget 2021-22 approved. As per the rules, the NA speaker was required to count when a voice vote was challenged, he added.

He said that the budget presented by the federal government will cause economic disaster.

It’s our right that all the members of the assembly should listen to the reforms presented by the opposition parties. The entire nation had seen how Pakistan Tehreek-e-Insaf (PTI) government struggled to show its 172 members to approve the budget, he stated.

Meanwhile, in his address, the FM strongly bashed PPP chairman for accusing PTI of violating parliamentary tradition. How can Bilawal challenge the legitimacy of the budget, he asked.

He said that the opposition should also respect the vote instead of
only raising slogans. No one can hurt the reputation of NA speaker, he went on to say.

In reaction, Bilawal Bhutto said that Qureshi criticized the party which had made him the FM and the president of the party’s Punjab wing. "I have heard Qureshi saying jiye Bhutto and agli bari, phir Zardari,” he told. 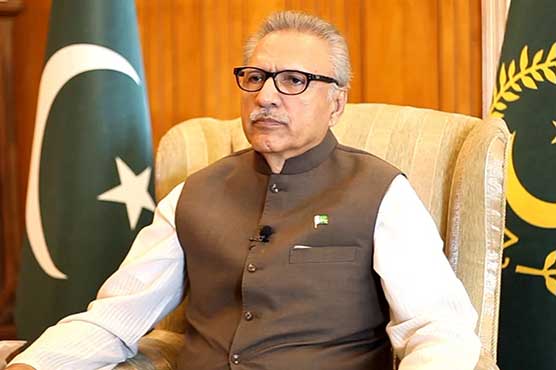 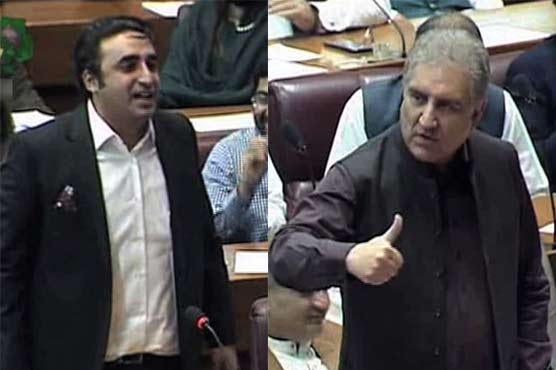 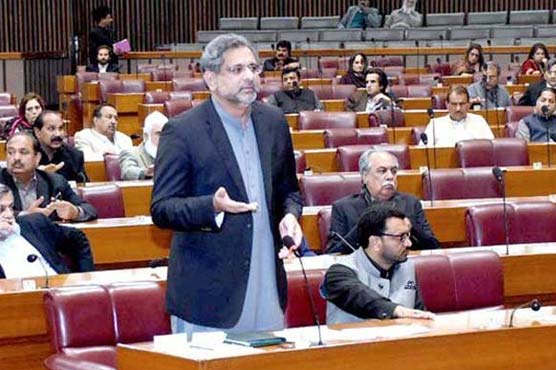 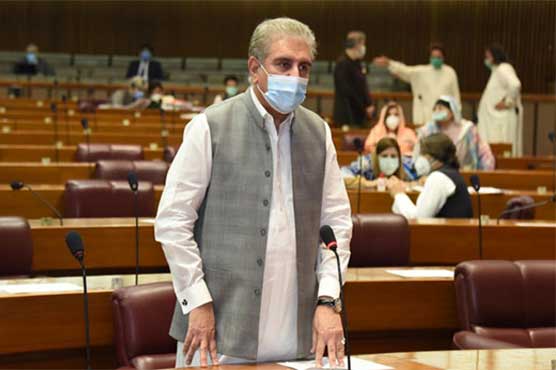