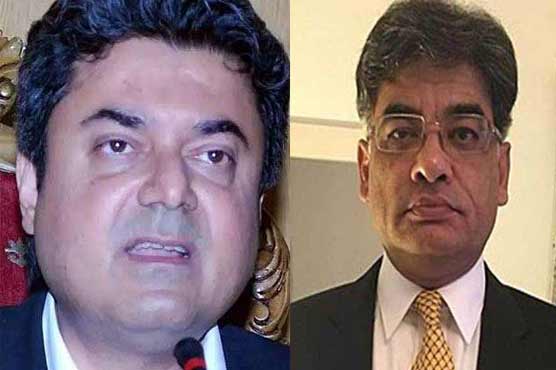 ISLAMABD (Dunya News) – Federal Minister for Law Farogh Naseem on Friday has expressed reservations over the decision of the government to appoint barrister Khalid Jawed Khan as new Attorney General of Pakistan (AGP).

According to the details obtained by Dunya News, the delay in the appointment of new AGP is due to the divided responses of the Federal Cabinet members on this matter. Sources told that a strong part of the cabinet is insisting to make Khalid Jawed as new AGP.

The reaction came after Anwar Mansoor Khan resigned as AGP on the demand of Pakistan Bar Council.

Anwar Mansoor Khan had forwarded his resignation to President Dr. Arif Alvi which states, “I note with profound regret that the Pakistan Bar Council, of which I am the Chairman, has demanded through its Press Release dated 19th of February 2020 that I resign forthwith from the Office of the Attorney-General for Pakistan.

“Being a life member of Karachi Bar Association, Sindh Bar Association and the Supreme Court Bar Association, and having previously served as the Advocate-General Sindh, the Attorney-General for Pakistan and a judge of the High Court of Sindh, I stand with my brothers and colleagues at the Bar and I wish to reaffirm my faith in the highest principles of integrity and professional excellence that the Pakistan Bar Council has always stood for.

“Accordingly, I hereby resign from the position of the Attorney-General for Pakistan and request you to accept it with immediate effect. In the last year and a half, I worked to the best of my ability to serve this solemn office with honesty of purpose, and commitment to upholding the constitution.

“I wish my successor the very best of success and pray that God may continue to shower His countless blessings on our motherland and nation.”

Following the resignation of Anwar Mansoor, Prime Minister Imran Khan had strictly directed the party’s representatives to refrain themselves from passing any comments about the judiciary.

Earlier, Farogh Naseem had said that Anwar Mansoor’s statement was in his personal capacity and government has nothing to do with it.

He said that government did not know that Anwar Mansoor will give such arguments. Not only judiciary but government was also shocked by his stance, he added.