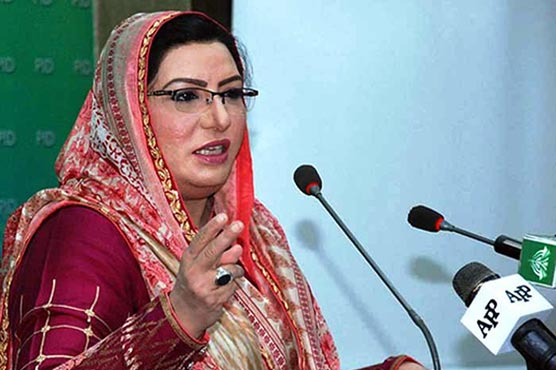 In a tweet, the special assistant said that the premier has also ordered the provincial government to investigate the weaknesses and flaws of prosecution in leading the case.

Entire nation had watched the video of Counter Terrorism Department (CTD) officers opening fire at the passengers. The government of Pakistan Tehreek-e-Insaf (PTI) is committed to ensure justice to the children, who lost their parents in this shooting mishap, she asserted.

In January 2019, four persons including two women were shot dead in Qadirabad area by the CTD officers, claiming to have killed four ‘terrorists’ in an intelligence based operation (IBO). Minor boy Umair, who sustained severe wounds in the incident, and his two sisters Muneeba and Hadia were also present in the car.

CTD had told that the passengers of the car opened fire on officers, who were trying to intercept the vehicle and a motorcycle on GT Road.

The slain including Zeeshan and Khaleel were allegedly linked to a group involved in the abduction of former Prime Minister Yousaf Raza Gilani’s son and an American citizen, CTD told.

On the other hand, eyewitnesses denied CTD’s statements and said that the people in the car did not fire at officials. “There were no weapons found with the bodies,” they said.

They further told that the children traveling in the car claimed that the police had killed their parents. “Following the firing incident, the security personnel left the kids at the petrol station where they spoke to us. A few minutes later, CTD officials returned and took the children with them to an undisclosed location,” the eyewitnesses added.

Later, the officials involved in the encounter were arrested on the directions of CM Buzdar and an FIR was lodged on behalf of Khaleel’s brother Jaleel against 16 people under section 302 (premeditated murder) of the Pakistan Penal Code and Section 7 of the Anti-Terrorism Act (ATA) 1997.

Furthermore, Lahore High Court (LHC) had formed bench and summoned IG Punjab for investigation in the shooting incident. The top judge expressed resentment and inquired who gave authority to police to directly open fire on anyone.

The court also ordered a judicial inquiry into the alleged encounter in Sahiwal and directed session judge to complete the probe as soon as possible.