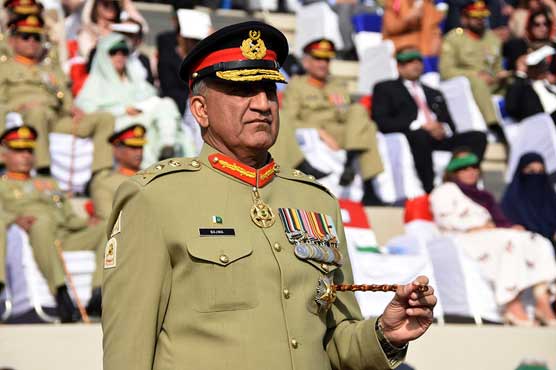 Army Chief has been given extension keeping the regional security environment in view.

ISLAMABAD (Dunya News) – Chief of Army Staff (COAS) General Qamar Javed Bajwa has been given an extension in term for another three years by Prime Minister Imran Khan.

According to a notification issued by the Prime Minister Office (PMO) on Monday, the decision has been taken keeping in view the regional security environment.

"General Qamar Javed Bajwa is appointed Chief of Army Staff for another term of three years from the date of completion of current tenure. The decision has been taken in view of the regional security environment," the notification read. 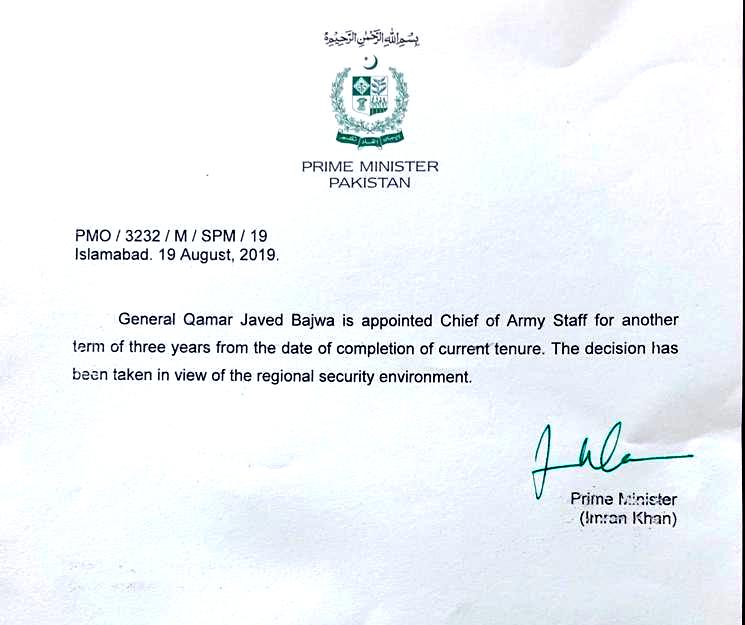 In November 2016, General Qamar Javed Bajwa had been appointed as the new army chief.

Gen Qamar Javed Bajwa was previously Commander of an important Rawalpindi Corps and was employed as Inspector General Training and Evaluation at GHQ, a position General Raheel Sharif held before becoming the army chief.

Normally, commanding a corps carries huge weightage before being considered for promotion to the four-star general.

He had commanded 10 Corps [Rawalpindi Corps], which is responsible for the most sensitive areas of the country and a position that plays a pivotal role as almost the entire border with India comes under its jurisdiction.

The entire defence installations, including army, navy and air headquarters, PM Secretariat had also been under the responsibility of a Commander of 10 Corps.

As a brigadier, he held a position of COS [chief of staff] at 10 Corps and also commanded formation division in Northern Areas as formation commander (FCNA). Besides, he also commanded infantry school and as Lt-Gen, he commanded 10 Corps.

Lt-Gen Bajwa was in 10 Corps thrice and has an extensive experience of handling affairs in Kashmir and the Northern Areas.