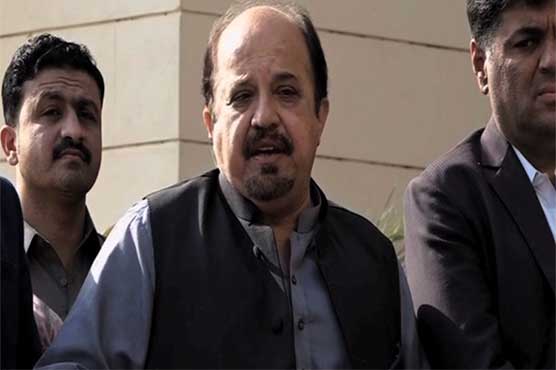 He spoke to the media on Tuesday during his visit to the Sindh Assembly.

KARACHI (Dunya News) – Leader of the Opposition in the Sindh Assembly and Pakistan Tehreek-e-Insaf (PTI) leader Firdous Shamim Naqvi on Tuesday lashed out at the political rivals over a conflict on chairmanship of the Public Accounts Committee (PAC) in the Sindh Assembly.

“If Zardari does not go to jail, he may suffer the same fate as the founder of MQM,” he said, adding that the PPP has been unwilling to support opposition’s member, as the chairman of the PAC, for hiding its own wrongdoings.

He asserted that the chairmanship of the PAC in the Sindh Assembly was the right of the PTI.

He further criticized the PPP for not resolving core issues of the general public including the transport system, and said “the provincial government has failed to deliver a proper transport system for the last 11 years.”

Another PTI leader Khurram Sher Zaman called Zardari responsible for the destitute condition of the province and expressed hope that justice would be provided by the court in a petition seeking disqualification of PPP’s co-chairman.

PTI leader Haleem Adil Sheikh criticized PPP leader Khurshid Shah by stating that he has been fighting on behalf of the PMLN to secure “the charter of corruption.”