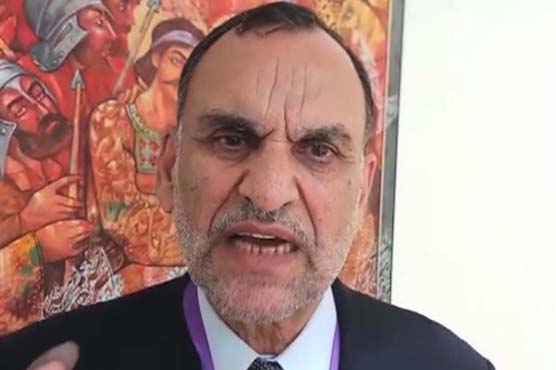 ISLAMABAD (Dunya News) - Federal Minister for Science and Technology Azam Khan Swati on Monday stated he had not committed any wrongdoing in case pertaining to transfer of Islamabad Inspector General of Police (IG) Jan Mohammad.

Swati stated that he would appear before the Supreme Court of Pakistan (SC) to present his stance. He added, “I hope Chief Justice of Pakistan (CJP) Justice Saqib Nisar will fathom my stance on the matter.”

Islamabad IG was transferred and ordered to report to Establishment Division until further orders, read the notification.

On the other hand, Pakistan Peoples Party’s leader Khokar claimed that the minister is trying to bring police into his personal disputes.

Back then in August this year, Buzdar-led Punjab govt faced intense backlash over transferring Pakpattan District Police Officer (DPO) for stopping Khawar Maneka, ex-husband of the first lady. The issue was formally settled after Maneka submitted unconditional apology in the apex court.