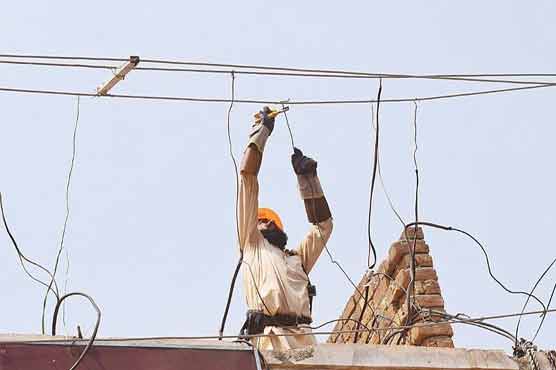 Another step towards curbing the wastage of electricity. Imams will issue fatwa against thieves.

(Web Desk) – Senate Standing Committee on Energy headed by Senator Nauman Wazir has come up with a distinct idea of taking assistance of Ulemas to get shut of severe issue of load shedding in the country. In this regard, fatwa will be issued against those who steal electricity. Furthermore, the mosque will also be awarded with free 400 units if its management identifies stealing. The Imam of every mosque will deliver the fatwa and will have a keen eye the stealer.

Senator Wazir explained, “The prayer leaders will issue fatwas highlighting the repercussions of using stolen electricity in daily life.” It was a follow-up meeting of Economic Coordination Committee (ECC) which announced to tackle this grave issue by taking into account the suggestions from every stakeholder and by putting all-encompassing efforts.

The curious case of K-Electric

Karachi being the biggest city of Pakistan and home to more than 20 million is under severe shortage of electricity. People firmly believe that K-Electric is accountable for the scarcity of electricity. Though it charges heavy bills, in consideration of this it rewards them with the menace of load shedding.

The management, conversely, believes electricity is stolen by using “kundas” and consumers do not pay bills recurrently, which is why the issue is getting worse day by day. Tackling this, it has also already taking the assistance of heads of various madrassas who have asked thieves to offer “tauba” and pay the bill for the electricity they have been stealing.

Concerning this strategy, only the time will explore how effective and efficient this strategy will. Common man, who regularly pays bills, is more concerned with load shedding and high cost of electricity. It is hoped that government will take solid steps towards ensuring availability of electricity and improve its deteriorating system which put burden on the poor and rewards the rich.