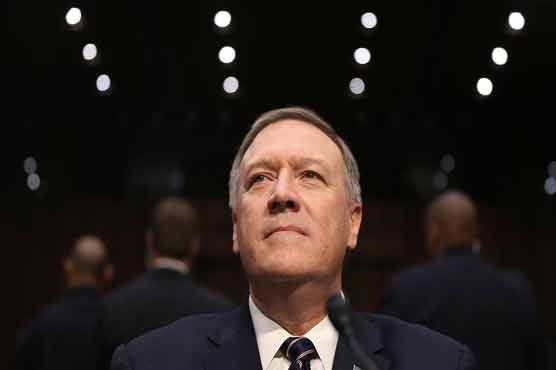 Qureshi argued that the U.S. was not justified in cutting the $300 million as it was reimbursement.

ISLAMABAD (Reuters) - Pakistan’s new foreign minister said he will “have exchanges” with U.S. Secretary of State Mike Pompeo over Washington’s cancellation of a $300 million disbursement for the Pakistani military when he visits Islamabad on Wednesday.

Adopting a tougher line with an ally that U.S. President Donald Trump considers unreliable, the United States halted the disbursement of Coalition Support Funds due to Islamabad’s perceived failure to take decisive action against Afghan Taliban militants operating from Pakistani soil.
The United States has now withheld $800 million from the CSF so far this year.

The latest move comes just as the less-than-one-month-old government of Prime Minister Imran Khan faces a looming balance of payments crisis that could force it to seek a fresh bailout from the International Monetary Fund (IMF), or other lenders.

“On the 5th, the American (secretary of state) Pompeo will be arriving, and we will have a chance to sit down with him. There will be exchanges,” Foreign Minister Shah Mehmood Qureshi told reporters late on Sunday night.

“We will take our mutual respect for each other into consideration and move forward,” he added.

The amount was reimbursement rather aid

Qureshi argued that the U.S. was not justified in cutting the $300 million because it was intended to reimburse Pakistan’s military for money spent fighting the Taliban and other militants threatening U.S. troops in Afghanistan.

“It is not aid. It is not assistance, which was suspended. This the money, which we have spent. This is our money. We have spent it,” Qureshi said. “We did it for our betterment, which they had to reimburse.”

Officially allies in fighting terrorism, Pakistan and the United States have a complicated relationship, bound by Washington’s dependence on Pakistan to guarantee a supply route for U.S. troops in Afghanistan.

U.S. officials have repeatedly accused Pakistan of playing a double game, by covertly providing safe havens for Afghan Taliban insurgents and fighters from the Haqqani group, who are waging a 17-year-old war against Afghanistan’s U.S.-backed government.

Relations between the new Pakistani government and Washington got off to a rocky start last month when Qureshi publicly disputed that Pompeo had brought up the thorny issue of terrorist havens in a phone call with Prime Minister Khan.

The Pakistani side later downplayed the issue after Washington shared a transcript of the call, Pakistani media reported. The Trump administration a year ago resolved to take tougher line with Pakistan than previous U.S. administrations.