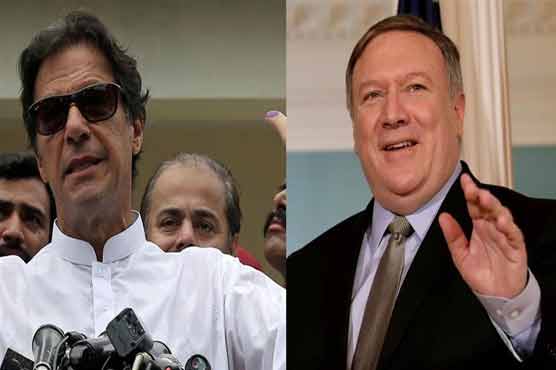 Pakistan regularly denies that the Afghan Taliban operates from its soil.

KARACHI (Reuters) - Pakistan has disputed Washington’s account of a phone call between new Prime Minister Imran Khan and U.S. Secretary of State Mike Pompeo, denying that there was any discussion on militants operating in Pakistan.

Pakistan’s foreign ministry called for the United States to amend its statement, but U.S. State Department said it stands by its account.

The row comes ahead of a planned visit by Pompeo to Islamabad in the first week of September to meet with Khan, who was sworn in as prime minister last week.

ALSO READ: Relations with US important for Pakistan: Ambassador Chaudhry 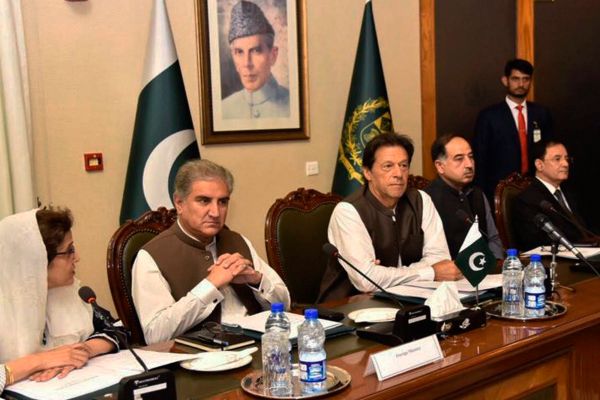 Pakistan has disputed Washington s account of a phone call between new Prime Minister Imran Khan and US Secretary of State Mike Pompeo. Imran Khan has categorically said peace can only prevail through negotiation rather war. Photo: File

“...the impression, which was given... where they’re saying that they mentioned terrorists’ presence in Pakistan, that is against the reality,” Pakistani Foreign Minister Shah Mehmood Qureshi said on Friday. “I’m saying it with full confidence.”

U.S. officials routinely raise the issue of Taliban and other militants operating from safe havens in Pakistan, where they plot attacks on U.S. and Afghan troops across the border.

Pakistan regularly denies that the Afghan Taliban operates from its soil.

Labourers, who set up the venue, sit under a wall with a billboard displaying a photo of Imran Khan, chairman of the Pakistan Tehreek-e-Insaf (PTI), political party, as they listen to him during a campaign rally ahead of general elections in Karachi, Pakistan July 22, 2018. Photo: REUTERS

And overnight on Thursday, Pakistan’s foreign ministry asserted that the issue of militants never came up in the phone call between Pompeo and Khan.

ALSO READ: FAFEN report: Relations with neighbors and US worsened in PML-N government

“Pakistan takes exception to the factually incorrect statement issued by U.S. State Dept on today’s phone call,” the spokesman for the Ministry of Foreign Affairs said on Twitter.

“There was no mention at all in the conversation about terrorists operating in Pakistan. This should be immediately corrected.”

However, U.S. State Department spokeswoman Heather Nauert indicated there would be no correction in response to Pakistan’s complaint.