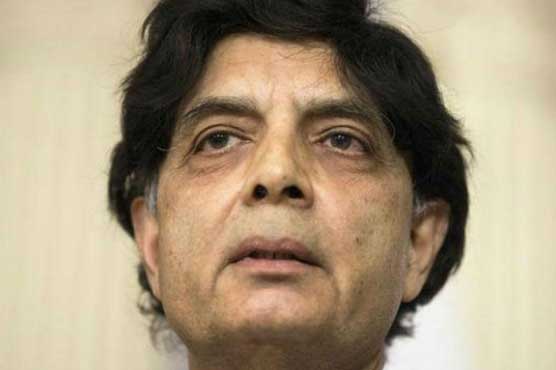 The chief justice said he was unaware about the inclusion of intelligence officials in the JIT.

Omni Group Chairman Anwar Majeed along with his son Abdul Ghani appeared before the Supreme Court bench after repeated absence.

The chief justice said he was unaware about the inclusion of intelligence officials in the JIT, adding that he came to know only recently that the committee formed by Chaudhry Nisar had ISI and MI officials.

“We don’t want to waste time in forming Joint Investigation Team (JIT). We will continue to supervise this case as suo moto action was taken against it,” he added.

The top judge also rejected pre-arrest bail plea of Anwar Majeed, saying that the court had neither ordered to apprehend the accused nor directed to leave him.

Remarking over putting Majeed’s name on Exit Control List (ECL), CJP asked who instructed for this on which DG FIA said that it was written in the court’s order.

The Federal Investigation Agency (FIA) after the hearing, adjourned till August 28, arrested the father-son duo.

Earlier, FIA had prepared a report and revealed that more than 10 political personalities are allegedly involved in fictitious transactions worth Rs35 billion.

Police first investigation report (FIR) had stated that M/S Zardari Group (Asif Ali Zardari, Faryal Talpur, etc) got Rs15,000,000 and were among the beneficiaries of the transaction trail of fake bank accounts maintained by Omni Group, owned by Anwar Majeed, another close aide of the former president.

Lawai and his associates were accused of opening 29 fake accounts in the Summit Bank and United Bank of Pakistan Limited.