Hanif makes the weapons, missiles and tanks with the scrap at home.

(WebDesk) - As near as the Independence Day draw, the sentiments of patriotism and nationalism are flared up with the mellow melodies played at every corner, in the passing by vehicles and with the decorated building with green and white pennants, banners and flags hoisted at the every building. People love to express their love for their homeland in their own way.

With a unique approach, a zealous Karacitte Muhammad Hanif sets to express his patriotism and love for the country. 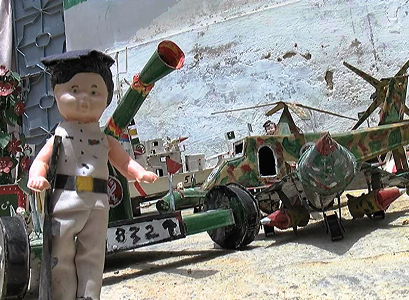 Hanif has been making the models of artillery objects since three decades. Photo: Screenshot

Hanif, a retired naval officer has made the models of Artillery missiles, helicopters, tanks and weapons at home from the scrap to exhibit at home to celebrate Independence Day in his own’s style.

Hanif makes the weapons, missiles and tanks with the scrap at home. Photo: Screenshot 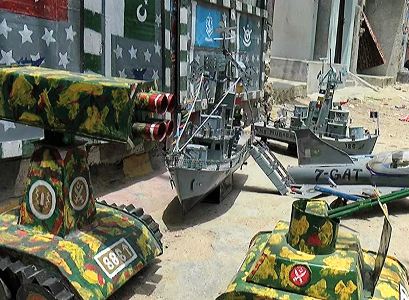 He has a great love and admiration for Pakistan s defense forces. Photo: Screenshot

The admirers of his work visited him to see the artillery weapons, aircrafts, missiles, tanks and other items made by him. Children love his work.

People appreciate his effort and admire his reverence and veneration for his homeland. 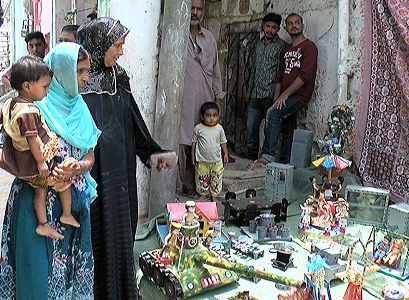 People fond of his work now have started to give him orders to make the models of these items from them. Photo: Screenshot