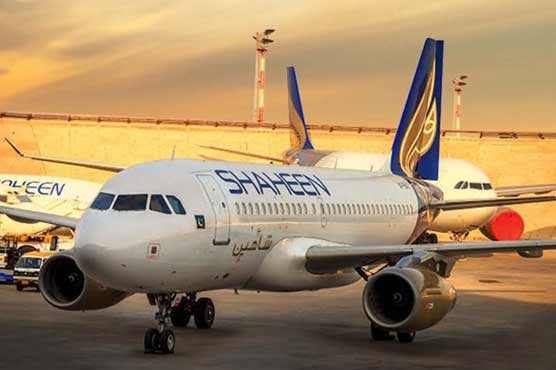 According to CAA, faulty parts of the Shaheen Air's plane have arrived and will be fixed.

ISLAMABAD (Dunya News) - A flight of the Shaheen Air International is likely to leave for China tonight to bring back stranded Pakistanis in Guangzhou.

According to Civil Aviation Authority spokesperson Pervez George, the faulty parts of the Shaheen Air s plane have arrived and will be fixed now.

He expressed hope that the work will be completed in a couple of hours and the plane will be ready to fly to China.

The CAA spokesperson further said that about 324 passengers are stranded in Guangzhou.

He said the Civil Aviation Authority is also in contact with their counterparts in China to facilitate this arrangement.

Shaheen management had earlier contacted the Pakistan Internatinal Airlines (PIA) to make arrangements for the rescue of more than 300 Pakistanis stranded in China’s Guangzhou city.

The passengers had to reach Pakistan through a private airline on July 29 but they were left stranded after Shaheen Air flight delayed due to dispute a with the Civil Aviation Authority.

Some of the passengers have also reportedly fallen sick as they continue to await their return.

Earlier, Chief Justice of Pakistan Justice Saqib Nisar, taking notice of the matter of over 300 Pakistani passengers stranded in China, had ordered to hold the hearing of the case.