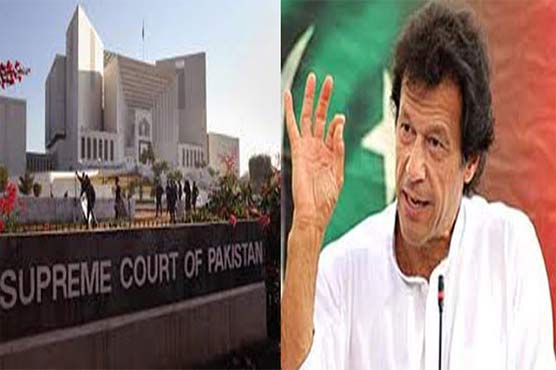 The top court has further asked Imran to submit records of London flat purchase and detail of income from playing English county and Australian county. His counsel had admitted in the previous hearing that the money trail of transferring $100,000 to Pakistan couldn’t be traced completely. SC Chief Justice Saqib Nisar demanded records of London flat purchase in his remarks.

Media portrayal of subjects is not of our concern, was the London flat purchased through an amount in bank, chief justice asked. He asked the total money in Imran Khan’s account while purchase of London apartment.

PTI Chief’s lawyer Naeem Bukhari told the record of income from English and Australian counties has been recovered, adding that the initial payment of London flat was 61,000 pounds. Imran Khan took a loan of 55,000 pounds from a bank and later Jemima Goldsmith transferred Rs. 40.8 million to Pakistan.

CJ responded that the petitioner hadn’t accused Imran Khan of money laundering in London flat purchase, but accused him of being a beneficiary owner of offshore company which wasn’t disclosed, making him dishonest and untruthful.

Justice Umar Ata Bandial said no one can be punished for benefiting from tax amnesty scheme, but it should be cleared whether Imran Khan is honest according to Article 62. Naeem Bukhari responded there are past court orders according to which cases registered against Article 184 cannot apply Article 61 for political enginnering.

The next hearing of this case has been scheduled for July 31 due to unavailability of lawyer Anwar Mansoor. The court will hear petitions against PTI leader Jehangir Tareen next Wednesday.