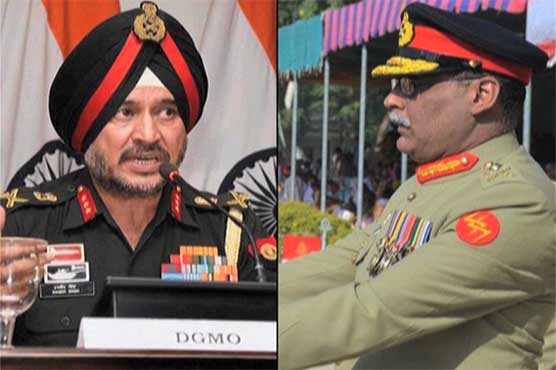 He warned him of harsh consequences if such actions are repeated. Maj. Gen Mirza said the Indian forces carried out the attack on purpose. “Such incidents of aggression can pose a threat to the regional security and peace,” he stated.

Pakistan doesn’t want to go to the limit where both countries block supply lines, the Indian counterpart was told. “We will respond befittingly against such violations if not halted,” Maj. Gen. Mirza made it clear. Both senior officials discussed the ongoing border situation and LoC ceasefire violations.

"Pakistan Army reserves the right to respond any Indian aggression," he stressed according to the sources. Indian forces have violated the LoC ceasefire at least 542 times in 2017 which martyred eighteen civilians.