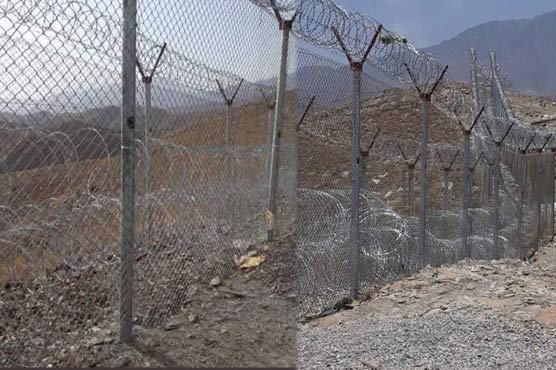 RAWALPINDI (Dunya News) – The construction of a border fence has commenced Tuesday at Durand Line, the internationally recognized boundary between Pakistan and Afghanistan, on the directions of Chief of Army Staff (COAS) General Qamar Javed Bajwa.

According to Inter-Services Public Relations (ISPR) DG Major General Asif Ghafoor, the step is a part of Operation Radd-ul-Fasaad and it will improve the security situation for both countries. “Measures to improve security situation along the Pak-Afg border continue,” he started.

The border fence construction was directed by the Army Chief. This is the phase 1 of stopping infiltration of terrorists from Afghanistan in various agencies of Waziristan. He stated, “In line with the directions of COAS, phased fencing of entire Pak-Afg border has commenced. In phase 1, high infiltration prone border areas in Bajaur, Mohmand and Khyber Agencies are being fenced.”

He also shed light on the phase 2 of the plan in which border fencing will take place in Balochistan. “In phase 2 fencing of remaining border areas including Baluchistan will be executed.”

Apart from border fencing, Pakistan Army and FC Khyber Pakhtunkhwa are constructing new forts and border posts to improve surveillance and defensibility. He concluded saying, “A secure Pak-Afghan border is in common interest of both countries and a well coordinated border security mechanism is essential for enduring peace and stability.”

Twelve terrorists gunned down in Mastung