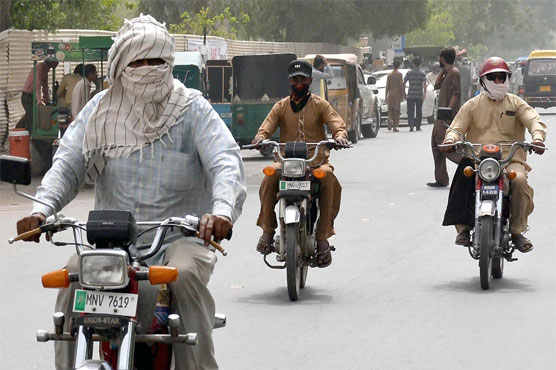 Met office has predicted mainly hot and dry weather in most parts of the country in next 12 hours.

LAHORE (Dunya News) - The plain areas of the country are reeling under severe heat with the temperature in Larkana, Dadu and Nawabshah to likely rise upto 47 degrees.

The mercury will also probably surge to 46 degrees in Sukkur, Jacobabad and Hyderabad. Heat intensity in Karachi will remain lower than usual. 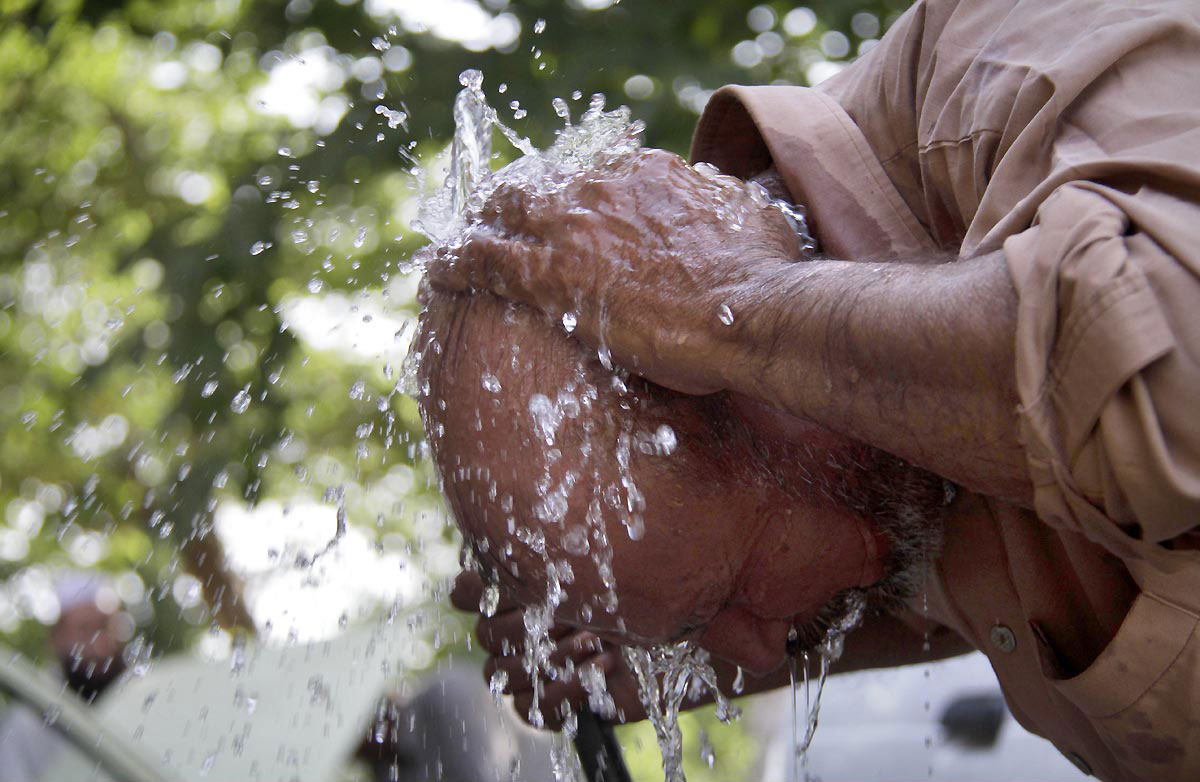 Man pours water on head to get relief from sizzling heat. - Online Photo

Met office has predicted mainly hot and dry weather in most parts of the country during the next 12 hours. 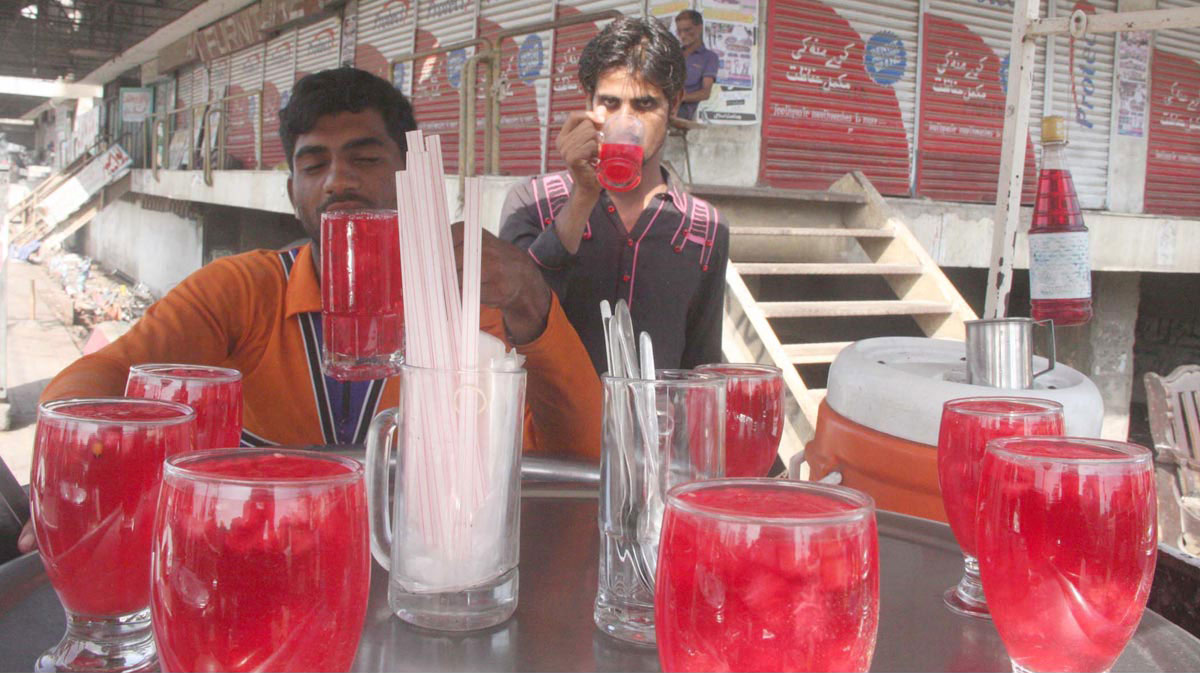 Temperature of some major cities recorded this morning:

Hot, dry weather likely in most parts of country