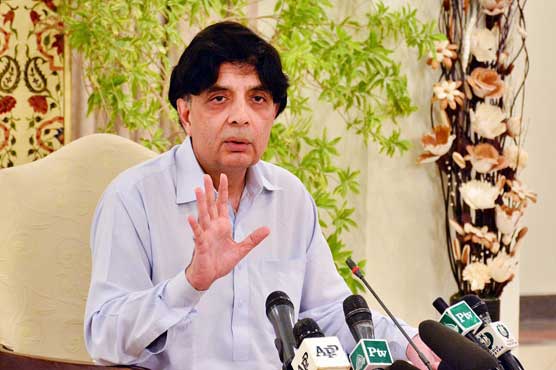 “Afghan refugees are used as facilitators in most cases of terrorist attacks”, he stressed.

He demanded the refugees from Afghanistan to point out the ‘black sheep’ within them. Nisar said that further facilitators involved in Lahore suicide blast have also been arrested as a latest development.

The Interior Minister professed that the facilitators in the recent wave of terrorism were arrested from the districts Attock, Hazro and Taxila. Also, Pak-Afghan border remains closed on third day owing to security concerns.

Moreover, a nationwide security alert was announced on Friday according to which shrines of saints and other worship places will remain closed in major cities like Lahore, Peshawar, Karachi, Quetta and Islamabad. Checking points were formed in twin cities Rawalpindi and Islamabad while the security forces killed at least 100 suspects in the country.

Chagi: One dead in a clash between two groups