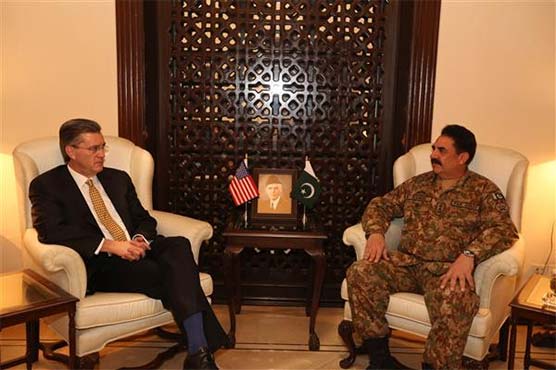 Overall regional security situation with particular reference to situation in Afghanistan came under discussion during the meeting.

This was Ambassador Olson‘s first visit to General Headquarters after assumption of office of US Special Representative for Afghanistan and Pakistan in November this year.

Pakistan hosted a milestone first round of peace negotiations in July but the talks soon stalled when the Taliban belatedly confirmed the death of their longtime leader Mullah Omar.

The United States and China have been pushing for the process to restart, but frosty ties between Islamabad and Kabul have hampered those efforts.