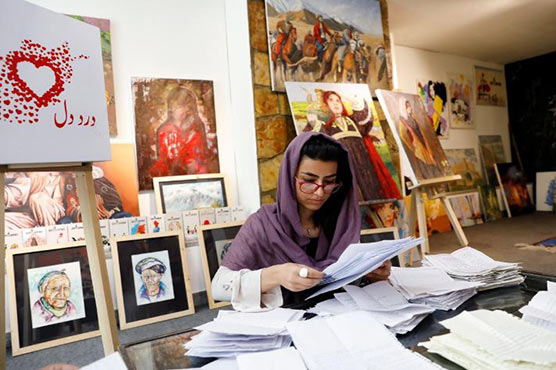 A member of the ArtLords sorts letters of Dard-e-Dil (a painful heart) project in Kabul, Afghanistan

KABUL (Reuters) - Hundreds of Afghans, weary of war and unsure of the future, have joined a letter-writing campaign to share their feelings with the powerful few who will decide on peace with the Taliban and, with it, the fate of their country.

The letters from different parts of Afghanistan express a tangled mix of confusion, resignation and fear.

“I live in grief but I smile. People think I am brave but I have no choice,” wrote one unidentified person.

The letters, part of a project called Dard-e-Dil (a painful heart) are addressed to U.S. diplomats, the Taliban and government officials. 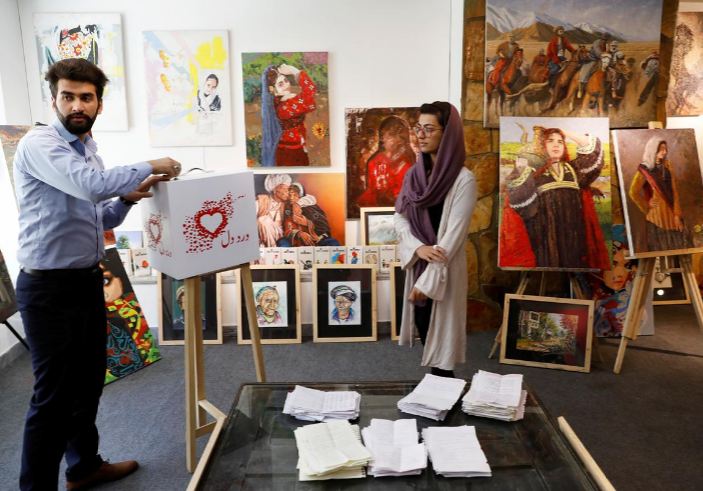 They are being written as high-level talks are underway to find a political settlement to end a war that has raged on for 18 years.

“I am writing with a hope that we have a better life in Kabul, we live amidst so much tension, I can do nothing to change the situation but I am still writing,” wrote another person from the Afghan capital.

The Dard-e-Dil project aims to give ordinary people an outlet to express their feelings at a time when the peace talks among top officials dominate politics, even though the fighting has not subsided.

“The prevailing political uncertainty is clearly the most nerve-racking phase for Afghans, most of us are already battling depression and mental health issues,” said artist Omaid Sharifi, who organized the project. 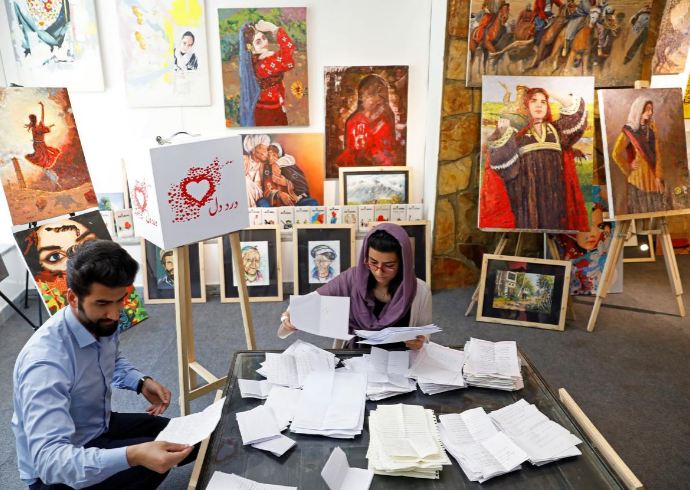 Sharifi’s interest in expressing the feelings aroused by the conflict goes back to his work with ArtLords, an art collective he co-founded that has become famous for the dramatic murals it has painted on grim concrete blast walls around Kabul.

His team has installed special letter boxes outside cafes, educational centers, hospitals and government offices, encouraging people to try to deal with their anxieties and voice their opinions about the peace talks in letters.

The letters are sorted at the ArtLords studio with the aim of sending them on to government authorities, diplomats and the leaders of the insurgency.

More important, though, is the need to help people tell their stories, a basic requirement for mental health, said Sharifi, who struggled with anxiety for years.

“Everyone has a right to narrate their story. Some of these stories will highlight and reveal human rights abuses and some will offer hope and solidarity,” he said. 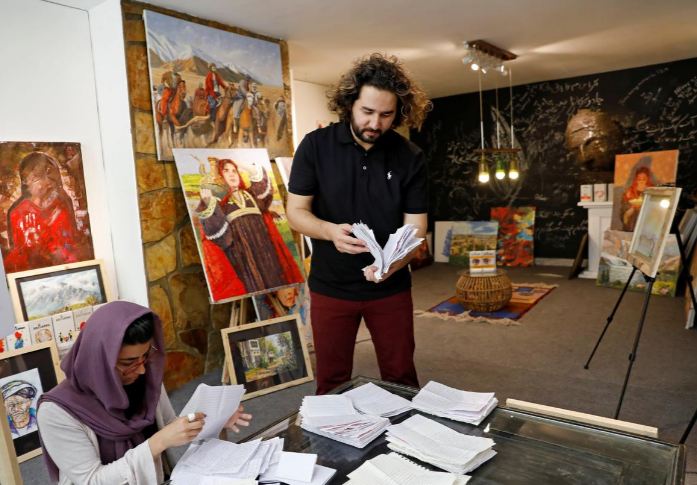 Afghanistan has been devastated by decades of war, stretching back to the conflict with the former Soviet Union from late 1979.

Violence, instability and poverty have touched virtually every family and many Afghans suffer from mental health problems.

However, facilities for treating such illnesses are scarce.

Wahid Mayar, a spokesman for the public health ministry, estimated that about half of the population will experience mental stress during their lifetime, a consequence of war often overshadowed by daily struggles.

“The suffering of mental illness in Afghanistan is a silent war. If peace comes then we will have to accept the new normal, but currently we are in a phase of tremendous uncertainty,” Mayar said.

“The prospect of peace brings hope and anxiety. We wonder can peace ever come to embrace us, to calm our minds,” he said.

Accurate data on mental health is not available in Afghanistan but the World Health Organization (WHO) estimates more than a million Afghans suffer from depressive disorders and more than 1.2 million from anxiety disorders.

The WHO says the actual numbers are likely much higher.

Nobody expects the letter-writing campaign to heal the wounds of more than four decades of conflict but it may allow at least some people to start working through their fears and prepare for an uncertain future.

“There are times when I want to run away from my country and then I think I should wait for peace and plan my life here,” wrote one person.

“Kabul is always the best place to be.”