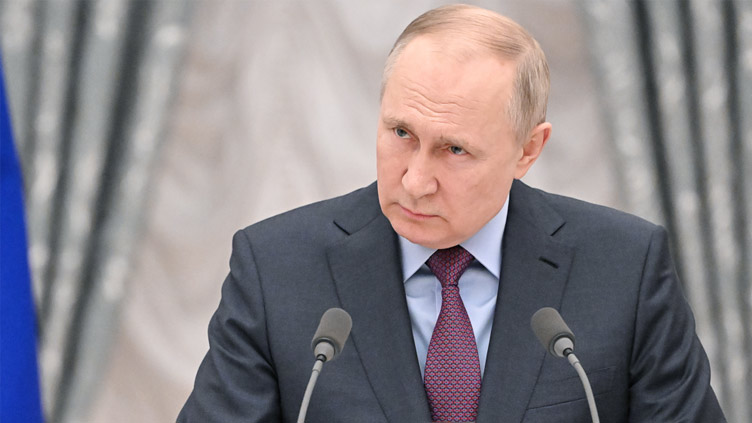 No credible source has confirmed that Putin has made such an announcement.

A video shared on Twitter appears to show Russian President Vladimir Putin declaring peace has been reached with Ukraine. However, it is a manipulated video that has been created using clips from an address delivered by Putin on Feb. 21, and a new audio track has replaced the original.

In the video, Putin appears to say, "We’ve managed to reach peace with Ukraine” and goes on to announce the restoration of independence of Crimea as a republic inside Ukraine. A tweet sharing the video with a caption in Ukrainian reads in translation, “The President of the Russian Federation announced the surrender of Russia. Russian soldier, drop your weapons and go home while you’re alive!”. The same Twitter user says in a following tweet that the video is not authentic.

Reuters found that the footage used to create the manipulated video was taken from an earlier address from Putin. A reverse search of keyframes from the edited clip showed that it matched a video uploaded to the official website of the President of Russia on Feb. 21, where Putin spoke about the situation in Ukraine before the invasion (here) (timestamp 00:00-01:30).

Putin makes a slight hand gesture at 00:08 seconds in the edited video which can be seen in the original footage at 00:10 seconds into the video. Further, on comparing the two videos side by side, Reuters found that Putin’s hand gestures, the position of his hands on the desk and the tilt of his head all match the source footage. A few wide-angle shots are included in the edited clip which do not exactly correspond with the timestamps in the original video. They can instead be seen later in the original footage.

As of March 17, Putin has not made an announcement of peace with Ukraine. A Russian speaker confirmed that the audio track in the edited clip did not sound like Putin and the lip movements were out of sync with the speech.

A poorly edited video purporting to show Ukrainian President Volodymyr Zelenskiy publicly capitulating to Russian demands circulated on March 16. The official Twitter handle of the Ministry of Defense of Ukraine has shared a video of Zelenskiy dismissing the manipulated video.

Sam Gregory, the AI and disinformation expert and Program Director of international non-profit organization WITNESS, told Reuters via email that there have been numerous uses of deepfakes in apparent parody and satire so far in the Ukraine invasion and that satirical videos tread a fine line with disinformation depending on how they are contextualized.

Both Zelenskiy and Putin have been the subjects of manipulated videos.

However, what sets apart Zelenskiy’s recent deepfake released on a Ukrainian website is that it appears to be an attempt at disinformation, said Gregory, whose non-profit organization aims to help people use video and technology to protect and defend human rights.

“It was easily debunked because of three factors - firstly the deepfake itself is of poor quality, secondly the Ukrainian authorities had done extensive prebunking warning of this scenario and thirdly they had the power of instant rebuttal across social media channels from Zelenskyy himself,” Gregory added.

Manipulated media. Video showing Russian President Putin calling to end the war in Ukraine has been edited using footage from a Feb. 21 address. No credible source has confirmed that Putin has made such an announcement.