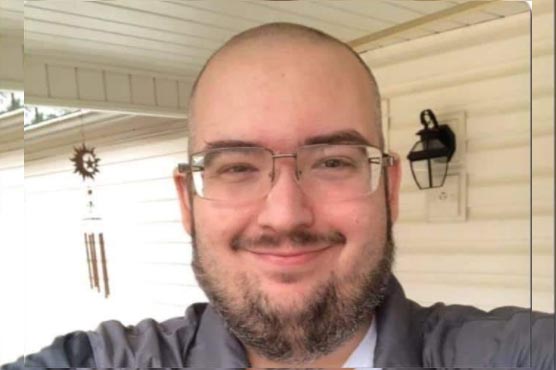 A reverse Google Images search of the man in the photographs shows YouTuber Jordie Jordan.

(Reuters) - Social media users are sharing screenshots of fabricated CNN and BBC News tweets saying a CNN journalist named Bernie Gores has been captured and executed by the Taliban in Kabul, Afghanistan.

Examples can be seen here.

This is terrible.
Trump Rules
Fan Page · 1h ·
BREAKING: CNN Journalists #BernieGores Executed by the Taliban in Afghanistan, Reports say “It was a gruesome execution” pic.twitter.com/b2IGhh7rr3

The text in a tweet from an account called CNN Afghanistan with the handle @CNNAfghan reads: “#BREAKING: #CNN Journalist ‘Bernie Gores’ executed in #Kabul by #Taliban soldiers. We are working with US officials to get several more journalists out of #Afganistan (sic) at this time. Our thoughts are with Bernies’ family.”

There are also posts showing a tweet with similar text and a photograph of the same man from a Twitter account called BBC Afghanistan with the handle @BBCAfghanNews.

Neither account, however, showed as being verified in these Twitter screenshots and have both have since been suspended.

A reverse Google Images search of the man in the photographs shows YouTuber Jordie Jordan.

Matt Dornic, head of strategic communications at CNN, told Reuters via email: “This is a fabricated story and a fake post.”

Fact checkers Snopes and PolitiFact have debunked the claim, pointing out that Jordan’s photograph also circulated after the August 2020 explosion in Beirut.

Journalists in the area remain at risk, as reported by CNN and Reuters.

Hence, the story about a CNN journalist named Bernie Gores being executed in Kabul by the Taliban has been fabricated.