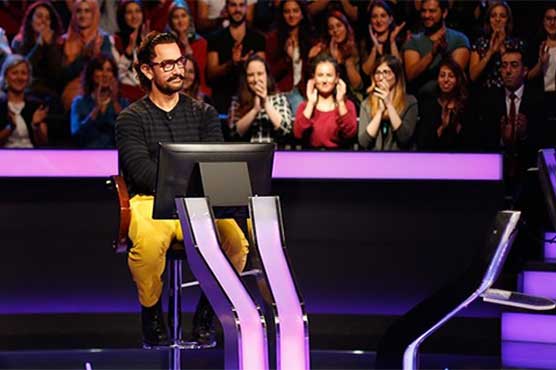 "I am not competing here for myself. I am here to help," the Bollywood actor said.

ISTANBUL (Daily Dunya) - Bollywood superstar Aamir Khan has donated the amount he won from a Turkish game show to the Syrian refugees in the country.

Mr Perfectionist was a guest on "Who Wants to be a Millionaire?" which is a popular trivia game show hosted by Turkish actor Murat Yıldırım. During the show, Aamir Khan announced to give 60,000 Turkish lira, which he won in the show, for charity purpose in Turkey.

"I am not competing here for myself. I am here to help," the Bollywood actor said.

Aamir Kyhan further thanked the Turkish people and termed them as warm-hearted and warm blooded.

It is to be mentioned here that Khan is on Turkey tour for the promotion of his film "Secret Superstar," to be released on October 20. He was received by President Recep Tayyip Erdogan at the Presidential Complex while he also met with fans in Istanbul and Ankara.