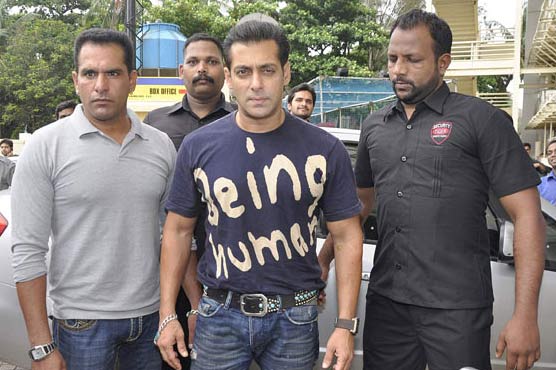 (Web Desk) – Bollywood star Salman Khan has sacked all of his bodyguards for reportedly misbehaving with the guests and even slapping them.

According to Bombay Times, the 51-year-old actor fired his bodyguard after the security official had a scuffle with his guests. Closes sources revealed the whole matter of how the conflict took place.

The Tubelight actor had invited guests at a local event where bodyguards were told to take care and provide security to the people. A guest misbehaved with his guard and slapped him after the heated argument. The guard didn’t hold back and slapped the guest member in return. This made Khan’s ally really angry and complained about the inappropriate and unacceptable behavior of his security personnel.

“We all were sacked because one of us had the guts to tell bhai to remove the guard at fault. Why should the others lose out because of him?” said one of the bodyguards who wasn’t involved in the brawl, but was sacked anyway. The security guard complained about Wanted star’s fluctuating moods and said ‘they govern his whole life’. Reports said Salman Khan responded by just saying, “You are talking too much.”