Adele hints at retirement from touring 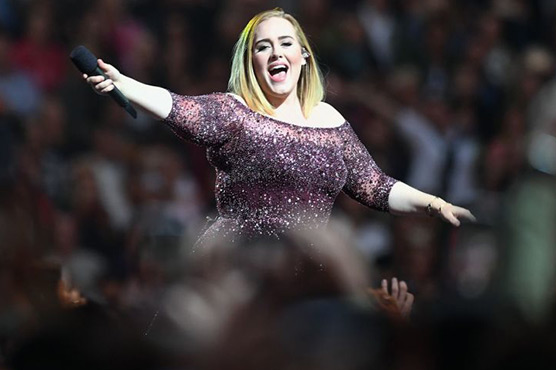 Her tour took her across Europe, North America, Australia and New Zealand

NEW YORK (AFP) - English balladeer Adele, one of the top-selling artists of the 21st century, says she may retire from live performances as she winds up a massive tour.

The 29-year-old singer thanked fans in a message Thursday night at London s Wembley Arena, where she is playing four final shows on a 123-date global tour.

"Touring is a peculiar thing. It doesn t suit me particularly well," said a handwritten note included in the program, which several fans posted on social media.

"I m a real homebody and I get so much joy in the small things. Plus I m dramatic and have a terrible history of touring," she wrote.

"I wanted my final shows to be in London because I don t know if I ll ever tour again and so I want my last time to be at home," she wrote.

Adele has defied pop formulas by winning massive fan bases through mournful, nostalgic ballads such as "Someone Like You" and "Hello" off back-to-back blockbuster albums "21" and "25."

Adele has frequently spoken of suffering stage-fright and disappeared from the public eye for several years, during which she had a son, before releasing "25" in 2015.

She has kept packing arenas despite eschewing the on-stage theatrics that have become commonplace for top-tier pop stars.

Her tour took her across Europe, North America, Australia and New Zealand.

In Los Angeles, she broke a record by selling out eight consecutive shows at the Staples Center.

Tabu reveals reason behind her single status at 45