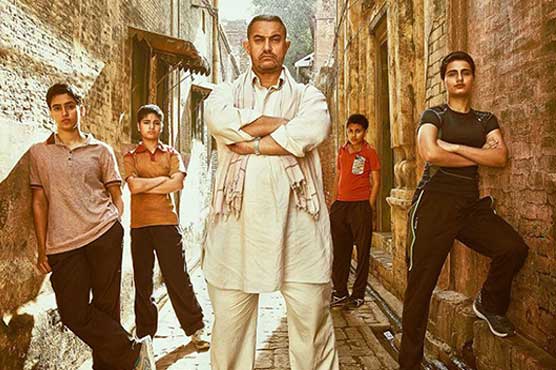 The movie was released in India on December 23 last year.

The Hindi movie’s record-breaking run has set a new and previously unthought of box office benchmark for Bollywood films abroad while also highlighting the value of the Chinese audience to Indian filmmakers.

"Even 1,000 crore was a distant dream just a few months back. The bar has now been set very high," he added.

"Dangal", directed by Nitesh Tiwari, is based on the true story of wrestling coach Mahavir Singh Phogat, who defies the odds by raising his daughters Geeta and Babita Phogat to become champion wrestlers.

Geeta won a gold medal for India at the 2010 Commonwealth Games while her sister topped the podium at the same event in 2014.

"Dangal" is a Hindi word used to describe a wrestling competition.

The movie was released in India on December 23 last year and quickly became the highest-grossing Bollywood film of all time, beating the 2014 science fiction film "PK", which also stars Khan.

Gender discrimination and strict parenting are among the film’s themes. The issues appear to have struck an emotional response with Chinese viewers, who have alone contributed around $190 million to "Dangal’s" takings, said Bala.