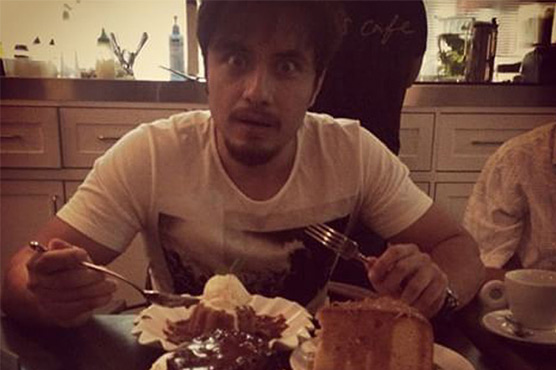 (Web Desk) – Ali Zafar is to conditionally go for a dinner with a Mumbai-based music producer if Pakistan win India clash on June 18, yes you heard it right.

Our Teefa in Trouble has got himself in a bet with Priya Gupta over Pakistan Vs India Champions Trophy 2017 final match, which if he wins, would get him a dinner of his choice in Lahore.

Gupta, co-producer with TSeries Films cheered on Twitter that India won the semi final just like she had predicted calling for Zafar to nudge her to predict the final match as well.

To which she responded that India is set to win and if it goes any other way, she would owe him a dinner.

Dear Zindagi actor sealed the deal then and there by stating that the dinner would be of his choice and a Lahore restaurant would be the place.

*Zafar later deleted one of his tweets over a typo