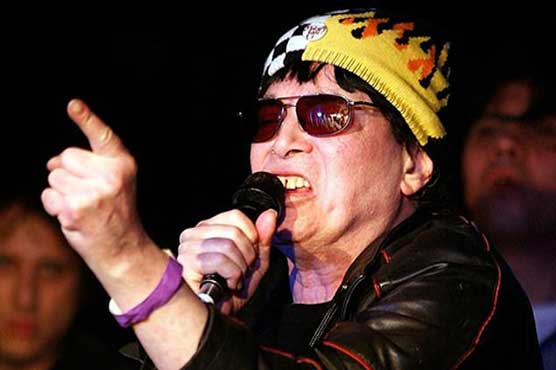 Vega and band Suicide were one of the defining if controversial voices of US underground in 1970s.

NEW YORK (AFP) - The first track from a posthumous album of punk pioneer and Suicide singer Alan Vega was released on Monday, featuring his signature style of abrasive nihilism.

Vega’s wife and artistic collaborator Liz Lamere said the album, "IT," would follow on July 14 to mark the anniversary of his death last year at age 78.

The first single, "DTM," features Vega reciting a stream-of-conscious set of dark thoughts from "goodbye dreams" to "living in the home sewer."

"DTM -- Dead to me," he repeatedly states over a grinding guitar and jarringly incessant beat.

Vega found inspiration for the album by "religiously consuming global news and taking frequent late-night walks alone throughout the streets of downtown New York," Lamere said in a statement.

"He understood we can’t control much of what happens to us, or in our world, but we have free will and the power to go on and stand for what we believe in," she said in a statement.

Vega and his band Suicide were one of the defining if controversial voices of the US underground in the 1970s and were credited with popularizing the term "punk."

Initially with no songs in any traditional sense, Vega would pound a cheap keyboard and shout aggressively at small New York clubs as he physically confronted the audience, who often pelted him with chairs.

Vega proved to be an inspiration for gloomy post-punk rockers in both the United States and Europe but also has been cited as an influence by more mainstream musicians including Bruce Springsteen.

Vega was prolific in his solo work but slowed down after a stroke in 2012. His last album was 2010’s "Sniper," full of gloomy ambient effects by Vega and the French musician and director Marc Hurtado.