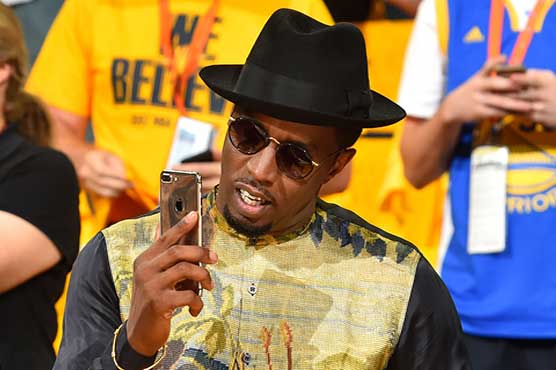 Diddy is estimated by Forbes to be worth a total of $820 million.

Diddy earned $130 million in the past 12 months, of which $70 million came from selling a one-third stake in his Sean John clothing line.

Diddy -- whose real name is Sean Combs and earlier in his career was known as Puff Daddy -- is estimated by Forbes to be worth a total of $820 million even though he has released little music in the past decade.

But he has pursued a variety of business interests and last year headlined a North American arena tour with other artists on his Bad Boy Records label.

Beyonce came second at $105 million after her lucrative "Formation" tour, an elaborately staged set of performances that followed her "Lemonade" album.

Beyonce, who is expecting twins, is estimated to be worth $1 billion with her husband, rap mogul Jay Z, who himself was number 55 on the list.

"Harry Potter" author J.K. Rowling, who published a series of e-books last year, came in third at $95 million, making her the highest-paid celebrity outside of music.

The list can swing rapidly from year to year. Pop star Taylor Swift, who topped the previous year’s list by earning $170 million, slipped to 49th place as she had concluded her tour.