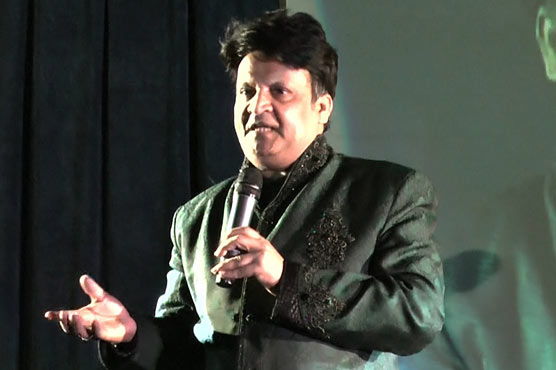 He was transferred to hospital upon severe pain in heart

LAHORE (Web Desk) – Renowned stand-up comedian, TV host and actor Umer Shareef has been admitted to the hospital on Thursday upon severe pain in heart.

The 62-year-old artist was reportedly being kept in intensive care unit (ICU) of a private hospital in Johar Town area of Lahore, however, his family told the illness is minor and that he was just suffering from chest infection.

The comedy king #UmerShareef is not well, admitted in doctors hospital lahore please everyone pray for his good health!
He need our prayers. pic.twitter.com/8njOmuB0Br

While talking to media, comedian s sister Khadija Mahmood said the fans have nothing to worry about, adding that he would recover in a day or two. She requested the fans not the exaggerate the news.

According to reports, Umer Shareef has been suffering from diabetes and a lungs-related disease lately.