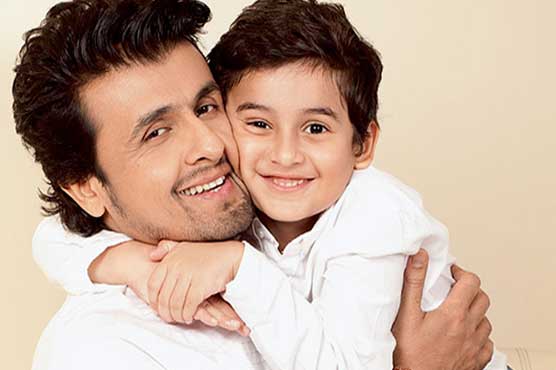 Nevaan had also stunned the people by his voice in 'Kolaveri Di'.

(Web Desk) - Like father, like son, seems to be true for famous singer Sonu Nigam and his son Neevan Nigam who has made his singing debut in upcoming comedy movie Santa Banta Pvt. Ltd, staring Boman Irani and Vir Das.

Sonu Nigam, who has sung the song Machali jal ki rani hai in the movie, brought his son to sing its few lines. The singer thought that it will be apt if his son sings a few lines so that it becomes more kid-friendly.

The singer Sonu will also be seen dancing on his son s tunes in the song.

Nevaan had also stunned the people by his voice in ‘Kolaveri Di’.