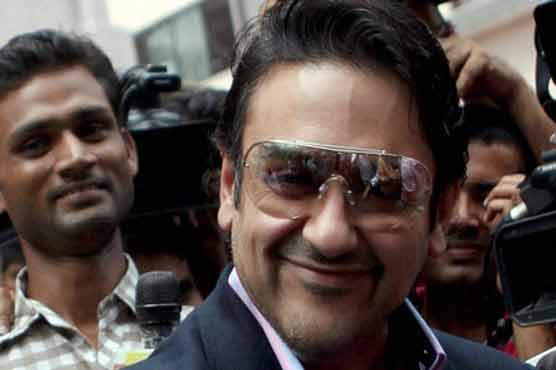 Apparently, the Pakistani singer has been staying in India despite an expired visa.

According to reports, on Saturday, the Maharashtra Navnirman Sena asked the singer to leave the country.

On the other hand, Sami had claimed that he had a Pakistani passport and was residing in India on the basis of a visa granted to him from time to time.

Apparently, the Pakistani singer has been staying in India despite an expired visa.

Adnan Sami has been asked to leave the country by Maharasthra Navnirman Chitrapat Karmachari Sena, the film wing of the Raj Thackeray-led MNS. Allegedly, Sami has been staying in India without a visa.

Amey Khopkar, MNS film wing president said, “Sami met us at our office here today, seeking our cooperation. We told him to leave the country as his visa has expired. We told Sami that our priority would be our artistes.”

So, did Sami, on his own go to MNS, seeking help for his visa issues? Khopkar said, “We received complaints about his staying here illegally and called him.” Reportedly, Adnan had told a family court that his visa was valid from September 26, 2012 to October 6, 2013.

Sources said Adnan Sami had informed Mumbai police that he had applied for an extension of his visa in Delhi but failed to produce any valid documentary evidence to support his claim.

If Adnan Sami fails to reply to the notice and follow the norms prescribed for foreigners, the Ministry of Home Affairs would be informed for taking appropriate action, they said.

The expiry of the singer s visa came to light recently during the hearing of a court case between Adnan Sami and his former wife Sabah Galadari over possession of a duplex flat in Lokhandwala complex.

Following this, the film wing of Raj Thackeray-led MNS had demanded that Adnan Sami be deported.

"Adnan Sami met us at our office seeking our cooperation. We told him to leave the country as his visa has expired," Khopkar had said.