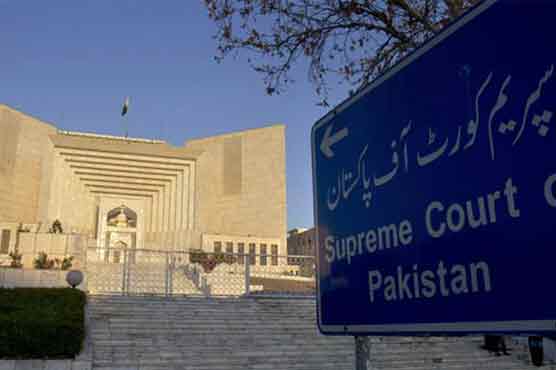 SC was assured that all resources will be used for indiscriminate action against culprits.

LAHORE (Dunya News) - Supreme Court’s Human Rights Cell has taken notice of the incident of harassment of a female TikToker on Independence Day at Minar-e-Pakistan.

Punjab Inspector General (IG) has submitted report to Supreme Court Human Rights Cell in this regard. According to the report, geo-fencing data was collected with the help of intelligence agencies

Supreme Court was assured that all resources will be used for indiscriminate action against culprits.

The police on Saturday arrested 66 people while 70 were identified using geo-fencing and face matching over their alleged involvement in the assault on a female TikToker at Lahore’s Greater Iqbal Park on Independence Day.

According to details, police questioned more than 300 people. More than 100 people taken into custody were geo-fenced and face matched with the video footage.

Then, with “digital mobile forensics”, the 66 who were found to be present on location were arrested. Police presented the detained suspects in Minar-e-Pakistan incident before District Court. The court ordered to send 40 suspects in jail for identification.

According to police sources, the suspects were identified with the help of NADRA videos. The accused fled to Jhang, Sargodha and other districts after the news broke on media.

According to sources, the medical of Rambo, a partner of TikToker Ayesha Baig, was also conducted. Ayesha and her accomplice Rambo’s statements were recorded by CIA police.

On the other hand, the Deputy Public Prosecutor directed the investigation team to collect evidence of the Minar-e-Pakistan assault incident.

The Deputy Public Prosecutor directed the investigation team to seize the torn clothes of Ayesha Akram, the victim in the case.

The prosecutor also directed the team to send the viral social media videos of the incident for immediate forensics.

In another major development, the Lahore Sessions Court barred the police from arresting accused Shahroze Saeed till September 3.

The accused Shahrooz Saeed’s bail application was filed before the arrest. The Sessions Court also demanded complete record of the Minar-e-Pakistan assault case from the police.

Meanwhile, Punjab Chief Minister Usman Bazdar took notice of the arrest of a 71-year-old senior citizen after which he was released.

In addition, more guards have been deployed at the gates by the Minar-e-Pakistan administration, pots and forests have also been repaired.