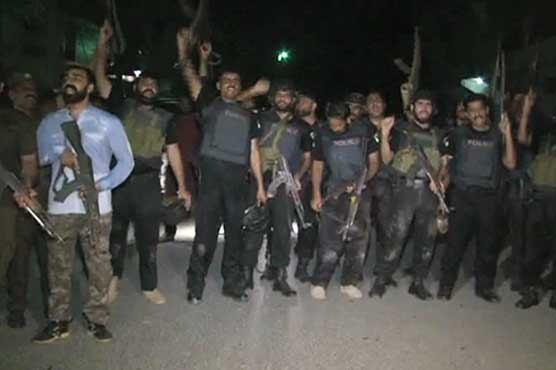 LAHORE (Dunya News) - At least four alleged dacoits were killed in an encounter with police in Shadman area of Lahore in the wee hours of Wednesday.

Four armed dacoits entered a house in Shadman area and made the residents hostage. Contingents of police, CIA and Elite Force reached the spot after getting information after which the dacoits opened firing.

Retaliating the firing, the officers killed all the suspects.

Police sources said that encounter with dacoits lasted for three hours. The dead bodies of the dacoits were shifted to Mayo Hospital for autopsy. Police also seized huge quantity of arms from the possession of the dacoits.